Forum announced for SMC Board of Trustee candidates 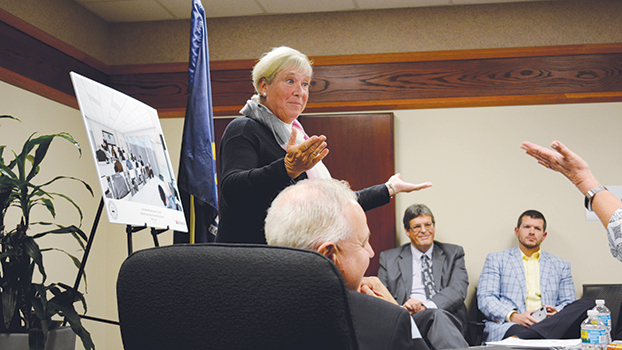 DOWAGIAC — As the race for seats on the Southwestern Michigan College Board of Trustees is heating up, some Cass County residents are looking to hear more from the candidates.

During Monday’s board of trustees meeting, community member and SMC faculty member Jeff Dennis announced that a candidate town hall will be hosted at 6 p.m. Oct. 28 at the Pokagon Community Center.

In the November election, candidates Tom Buszek and Elaine Foster are running against incumbents Keith McKenzie and Todd Obren for two seats on SMC’s board of trustees. The election, which is coming after months of controversy and community criticism of the current administration, has been contentious, which is why Dennis said the forum should be hosted.

“This will be a platform for candidates to engage in constructive, meaningful, fair and open talk,” he said. “This will be as user-friendly and practical as possible.”

Though Dennis believes the town hall will be most beneficial if every candidate attends, he said the forum will be hosted regardless of whether all, or even the majority participate.

At least two candidates, Elaine Foster and Thomas Buszek, have confirmed that they will attend the forum.

“I am very excited about the candidate forum,” Foster said. “I think it is important that people have the chance to meet us, speak with us about our views on higher education and our views of SMC. It is also important that people have the opportunity to see what strengths the candidates have. Besides the fact that the board should be the governing body of the college, the members should also be able to bring specific expertise to the board.”

“I look forward to having an open, honest and civil discussion with the two esteemed incumbent trustees,” he said.

Board of Trustee election candidates Todd Obren and Keith McKenzie could not be reached for comment on this article, nor could they be reached to confirm if they would be attending the forum.

Also Monday, the President of the SMC Foundation Ginny Crawford spoke out to set the record straight following public comments by a former member of the foundation.

Though Crawford did not specify Toney by name, she did address the comments and said that the donation strategy was not sexist, but was based on philanthropic data that states that women without children give more planned donations, or willed donations, than any other group. Crawford also said that an internal investigation determined that there was no evidence of that any sexist comments took place in the meeting that Toney spoke about publically.

“Women give more than men. That is reality. Planned giving has been a key part of our strategic plan since 2015,” Crawford said. “That is not sexist. I very much took offense to it being stated that way. … [The comments] were innacurate and potentially damaging, because the foundation I head up is here to raise money for students, and these kinds of stories, be them nonfactual, can impact our ability to effectively raise money. I find that disturbing.”