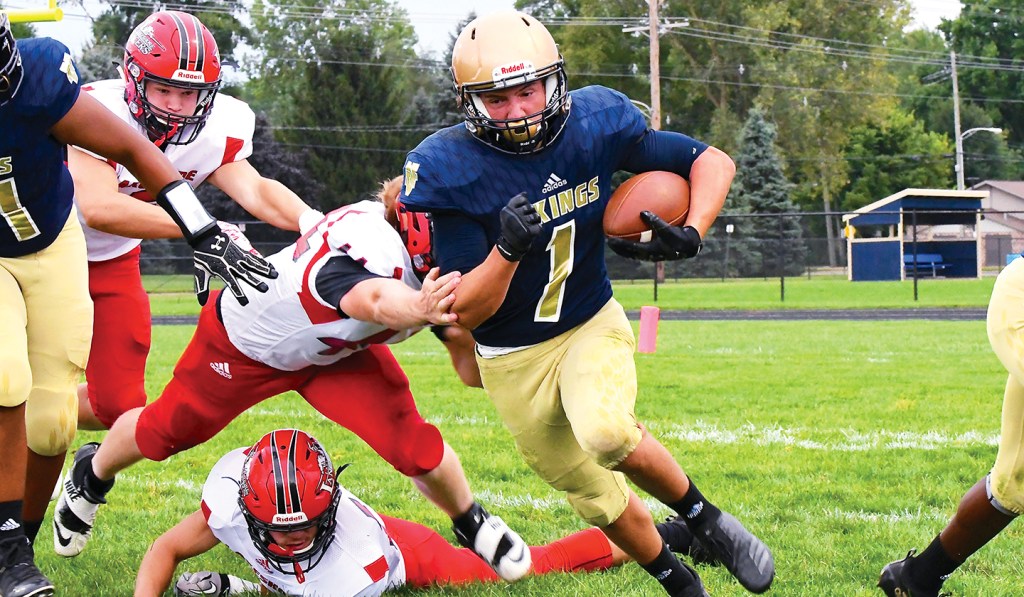 NILES — Entering week eight of the high school football season, most teams are doing one of three things.

They are either preparing for the postseason, which begins in two weeks, trying to earn that final victory to gain an automatic berth or playing out the string.

The teams in the Leader Publications coverage area fall under all three categories.

Edwardsburg and Cassopolis are already in the postseason with records of 7-0.

The Eddies clinched a share of the Wolverine Conference championship with a 38-15 win over Three Rivers last week.

Edwardsburg can win the outright championship with a win over Vicksburg on the road Friday night.

It would be the sixth straight championship for the Eddies.

The Rangers need to win out to win the Southwest 10 Conference championship.

Cassopolis are at Mendon Friday night, while undefeated Centreville awaits the Rangers in the regular season finale.

Brandywine is 5-2 at the moment and looks like a lock to qualify for the postseason as the Bobcats’ last two opponents are a combined 1-13.

The Bucks defeated the Panthers earlier this year for their lone victory of the season.

Dowagiac’s chances of getting to the postseason were dealt a serious blow when the Chieftains dropped a 14-10 decision to Otsego last Friday night.

The Chieftains must win their final two games and then get a lot of help to get into the playoffs as their wins over Vicksburg, Allegan and Sturgis do not amount to a lot of bonus points.

Those three teams are a combined 5-16.

South Haven, Friday night’s opponent for the Chieftains, is 0-7.

Dowagiac will face a Paw Paw team that is currently 5-2 and needs one more win to qualify for the playoffs.

Niles is a team also looking to finish the season strong.

The Vikings picked up their third victory of the year last Friday night (18-13) over SMAC East Division leading Kalamazoo Central.

Niles would like nothing better than to win out, finished with a 5-4 record, and then wait to see what happens with the playoff pairings are announced a week from this Sunday.

“We are just really proud of the kids with the year that we’ve had and to hang in there,” said Niles coach Joe Sassano. “5-4 is our goal and hopefully is enough with our schedule to get us a playoff spot.”

Niles finishes up with Battle Creek Central and Portage Central.

The Bearcats are currently 4-3, while the Mustangs are 5-2.