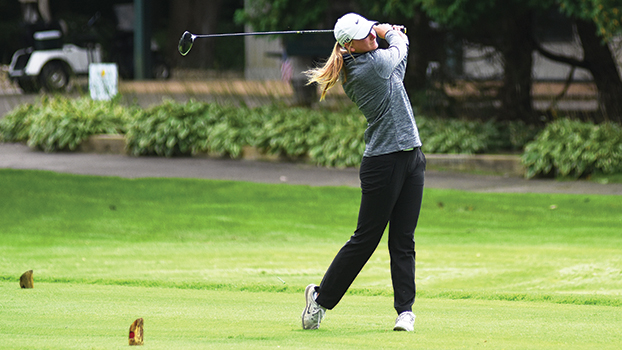 “It took us a couple sets to really get in sync, but in the third, we finally found the energy, consistency and confidence we have been looking for,” said Niles coach Jenny Nate. “All the girls on this team have had playing time over the course of the past few weeks as we work toward building chemistry and confidence, and I was proud tonight of the girls on the court and the girls on the bench because they had outstanding energy and a total support for each other. The tough losses we have faced recently have instilled more grit in them as a team, and they are going to keep fighting hard at practice to step up and finish the season strong.”

Complete statistics are available in the Daily Data section on page 10.

The Vikings travel to Kalamazoo to face Loy Norrix in their SMAC crossover match at 6:30 p.m. today.

St. Joseph won the conference championship after shooting a two-day total of 747.

The Bears were led by conference medalist Cailey Rooker, who shot a 79 at Bedford Valley in Battle Creek last Thursday.

Niles finished fifth with a team total of 841.

COLUMN: It was an event to remember