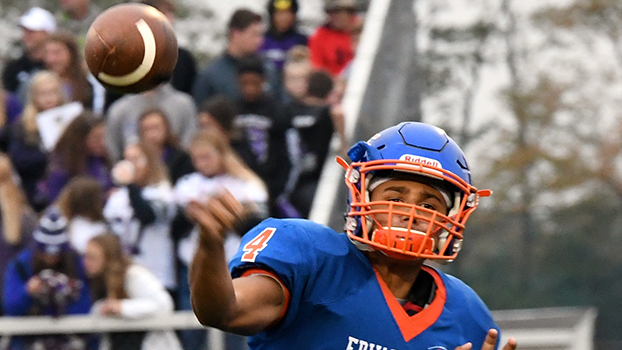 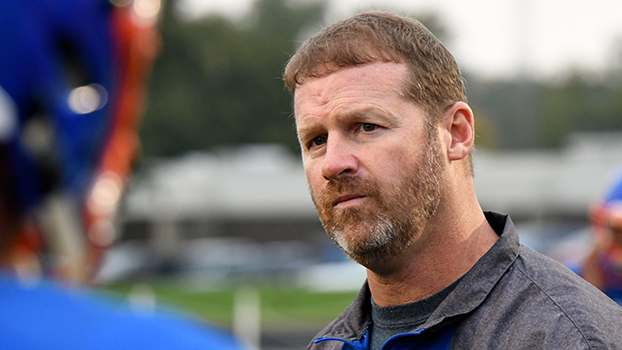 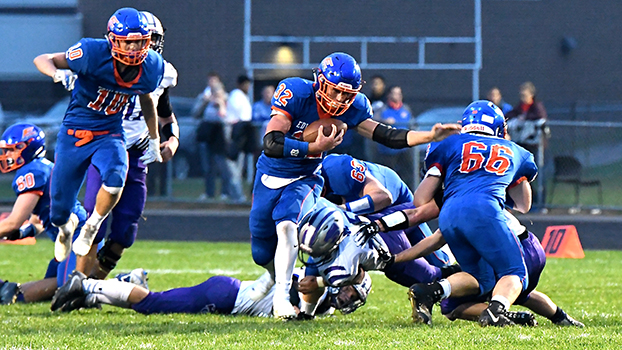 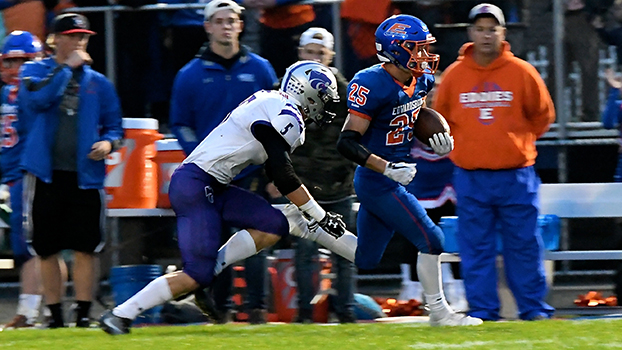 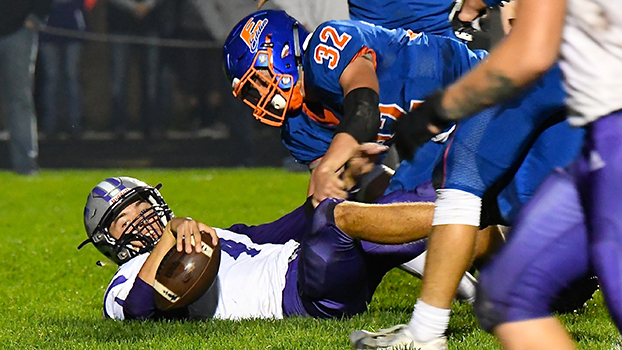 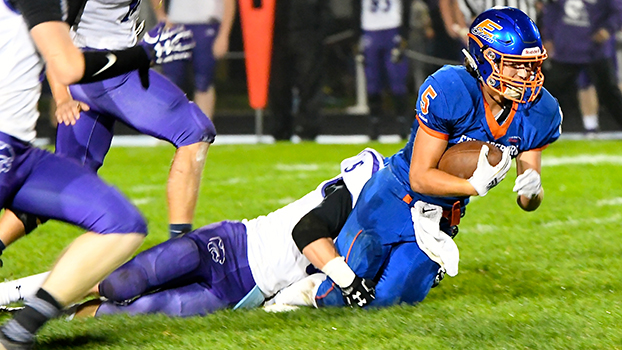 EDWARDSBURG — On a team that prides itself on running the football, quarterback Tre Harvey’s name may not first one opponents talk about.

After all, Caden Goggins, Chase Sager, Isaiah Mitchell and Mac Gaideski get a majority of carries most nights.

But in the biggest game of the season, Harvey stepped up in a big way and led No. 1-ranked Edwardsburg to a 38-15 Wolverine Conference victory over No. 3-ranked Three Rivers at a sold-out Leo Hoffman Field Friday night.

Harvey rushed for 126 yards on 14 carries, including a 10-yard touchdown run, and was 2-of-4 through the air for 97 yards and a pair of touchdowns.

“Tre Harvey was a great competitor for us tonight,” said Edwardsburg coach Kevin Bartz. “He made some big plays running for us that gave us first downs. He broke tackles and had some big passes. He is one of those kids who has become key for us offensively. He really stepped up for us tonight.”

Harvey’s first touchdown pass gave Edwardsburg all the points it would need for a victory.

Already leading 8-0 on a 41-yard Chase Sager touchdown run, Harvey hooked up with Goggins for an 82-yard bomb to make it 16-0 following the two-point conversion run.

The Eddies would increase their lead to 24-0 over the stunned Wildcats when Goggins ran it in from 22 yards out.

Three Rivers (6-1) finally got on the board when Jett Haifley hauled in a 10-yard touchdown pass from Jalen Heivilin with 30.5 seconds remaining in the first half.

Edwardsburg (7-0) scored a touchdown in each of the final two quarters, taking a 32-7 advantage into the final 12 minutes of play.

Goggins caught his second touchdown pass of the night in the third quarter, this one good for 22 yards.

Harvey capped the scoring for the Eddies with his 10-yard run following a Three Rivers touchdown.

Gavin Charvat caught a 10-yard touchdown pass from Heivilin to cut the Edwardsburg lead to 32-15.

The Eddies finished the night with 480 yards of total offense, including 383 on the ground.

The Wildcats finished with 317 yards of total offense, the most Edwardsburg has allowed this season.

The Edwardsburg defense was led by Dillon Hursh and Cayden Calhoun, both of whom finished with seven tackles. Dylan McColley added four catches, while Bryce Blue had a pair of interceptions.

The Eddies will be on the road for the final two weeks of the season starting Friday night at Vicksburg.

A win over the Bulldogs would give Edwardsburg the undisputed Wolverine Conference championship. The Eddies are the five-time defending league champs.