CASSOPOLIS — At around 1:30 p.m. last Thursday, second through sixth-grade students at Sam Elementary School began to file into the gym for a special activity.

As they did, the students filled up the bleachers and began to chat and giggle with one another. Once all the students had arrived, Principal Deb Stermer picked up a microphone and asked the students for a “level zero.”

The students were immediately quiet and for good reason. At the end of each day, they got to compete in Olympic-style games against other classes.

This is all part of Cassopolis Public Schools culture week, where instead of academics, students focused on the values that officials say will make them successful.

The culture week is part of the New Tech model that the school is implementing this year.

“We’re doing building-wide expectations this week and then we’re moving into classroom expectations next week for the first three days,” Stermer said. “We’ve taught absolutely no academics. It is totally culture building. Then we will move it into the classroom next week.”

For each day, third through sixth graders at Sam Adams, as well as students at Ross Beatty Jr.-Sr. High School, spent their mornings going over building-wide expectations for the year, particularly trust, respect and responsibility.

“We go over the main components that we want students to know about, so we do icebreaker activities for kids to know each other better,” Stermer said. “We do activities that are team building and we talk about all that as well. We talk about our norms, expectations. Kids have had a voice in creating the expectations in the building.”

Then towards the end of the day each day is when the students would break out into teams by class and compete against one another — with each contest designed to help them work on what they discussed earlier that day.

For instance, on Thursday, the goal was for students to develop better communication skills. The first game the students played was called Dixie Cup Tower, where teams had one minute to stack their cups as high as they could without them falling over.

Before the kids start to play, Stermer reminds them of one of their goals for the week.

Each team was given one minute to strategize before stacking cups. The first groups to go were fifth and sixth graders. Once the time began, each team of seven or eight students began to frantically stack cups on top of one another.

As they did, the crowd of students still in the bleachers began to chant, “go fifth grade! Go fifth grade.”

Some teams stacked cups efficiently and worked together while others argued and worked separately.

“Honestly, we’re expecting frustration,” Stermer said. “We like to see some of that because when we get done here they go back [to their rooms] and they’ll debrief. It’s all about reflection and debriefing: what worked, what didn’t work, why. It’s a lot of communication about how they can go back and change and improve.”

A similar strategy was taken with the older students a few blocks away at Ross Beatty Jr.-Sr. High School, except their game on Thursday involved preventing a piece of tissue paper from touching for as long as possible using nothing but their lungs.

To do this, each team, also broken up into smaller segments based on class, stood in a tight circle and took turns blowing the piece of tissue paper back up in the air as gravity repeatedly forced it to flutter back down. An administrator timed each group to see how long each attempt to keep it off the ground lasted. The team with the longest single time won their heat and got to move on.

“It’s all team building because that’s what we’re going to be doing with our New Tech,” Stermer said. “It’s going to be team projects, and we are teaching our kids their expectations through games.” 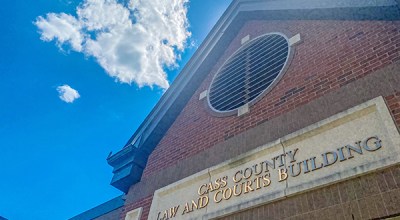 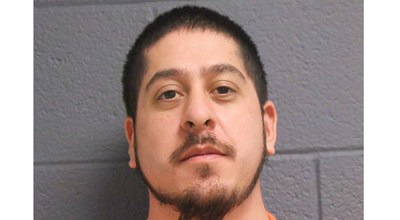