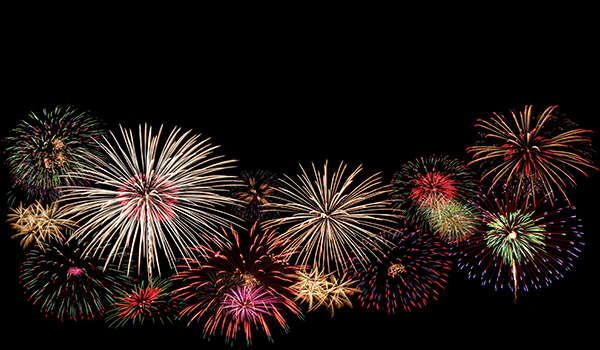 Expert offers precautions to take for fireworks and bonfires this summer

Across the Michigan border, just after 11th street turns into IN-933, is Sky King of South Bend. This fully-loaded firework store sells everything a Fourth of July enthusiast could want: from bottle rockets to sparklers to missile-shaped firecrackers.

The products are given exciting names, such as Sky Defender, Red Glare, Neon Master and Vertical Takeoff, but these colorful and explosive toys can be dangerous.

“There’s a good chance that every year in the hospital someone comes in with some sort of burn or mutilated digit or something like that over carelessness,” said Oliver Fiala, with the Central Cass Fire Department.

That does not mean people should avoid fireworks on the Fourth of July. Instead, File says it shows how necessary it is for people to take the necessary precautions when lighting fireworks.

“You know with fireworks, make sure you taking all safety precautions,” he said. “Make sure that you have some sort of water source close by. Make sure that you read the instructions and that you are using them accordingly. You don’t want to shoot off fireworks within a close distance to any trees, buildings or out in the open.”

He says that there are a number of ways that people often abuse fireworks, such as when people shoot Roman candles at each other. They wait to release them until the last second or hold the apparatus that fireworks shot out of while its going off.

Another mistake people often make is failing to adhere to the local ordinances and laws surrounding fireworks. For instance, in Michigan a local government cannot ban the use of fireworks on the day before, the day of or the day after a national holiday, including the Fourth of July. But there are other ordinances and regulations that a local government agency can add. There are also regulations surrounding the different types of fireworks.

“I live in the township, but across the street, directly on the other side of the road, is the city,” said Gary Brovold, the Niles Charter Township fire chief. “What I can do and what the neighbor across the street can do are two different things.”

Brovold suggests that anyone who intends to light off fireworks should first contact their local municipality to check what their specific ordinances and laws are. The same goes for bonfires, which can also be a hazard throughout the summer and fall.

“In Niles Township, you’re not allowed to do open burning on the ground from May 15 to Sept. 1,” he said. “You’re allowed to have canned fires in an approved fire pit, and you’re allowed to have recreational fires with approval, but they are only limited to the time of the event and have to be extinguished immediately afterwards.”

It is also an issue when people ignite their fires using petroleum products or too much of some other type of acceleration. That is when fires often become to large for someone to reasonable contain and they can get burnt or the fire can spread outside of the pit or designated area.

“You’re only supposed to use paper or cardboard or something like that,” he said. “It’s illegal to start a fire using petroleum products, so you can’t pour diesel fuel or chearosing or gasoline on a fire to start it.”

This can be especially dangerous on warm days.

“It’s not necessarily the heat so much as the dry conditions — when you have low humidity and dry conditions, fireworks can easily set off grass fires, field fires,” he said. “Things that fire off into a distance can still come down hot and set a fields and that on fire. Even if they land on a building or something like that, that’s always a concern.”