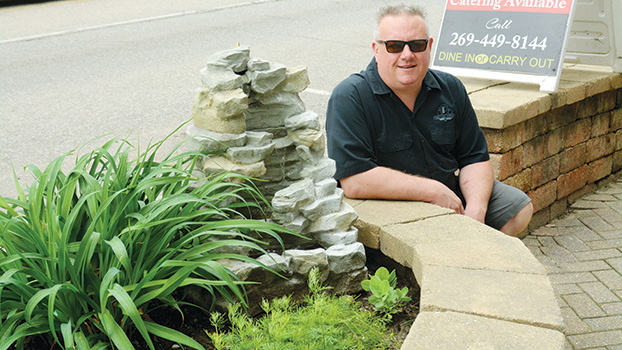 Downtown planter contest to take place throughout the summer

NILES — Planters along the downtown corridor are undergoing a transformation, thanks to a Niles Main Street contest called “Color Our World” that will encourage business owners and residents alike to spruce up the planter beds and win prizes.

Downtown business owners were given first priority to sign up for the planters and now several remain available to any interested community member on a first come first serve basis. Those who sign up for the contest can fill their planter with flowers, vegetables or greenery. Registration is free and the deadline to sign up is Friday, because city officials want the planters filled for Memorial Day events.

Two contestants will a $100 prize during each month of the contest. The categories include: June for the most creative, July for the best maintained and August for the most colorful. The most beautiful garden, as voted by the public in September, will win a $1,000 prize. The prize money was obtained through private sources and foundations.

Lisa Croteau, the director of marketing and administration for the Niles Main Street, said the project was created in memory of the late artist John Lidecker and the late Mary K. Kelly. Both Niles residents had a passion for beautifying their community, so Croteau said it was fitting that the contest be in their memory. Those interested in signing up for the contest can do so by contacting Croteau at (269) 687-4332 or via email at Lisa@uncoverniles.com.

The city typically budgets to fill the planters with vegetation during the summer months, but last year Lowe’s donated a number of plants to brighten the planters. The donations sparked community interest in people being able to create their own planters, Croteau said.

“I think it will be fun and we have had a really good response,”Croteau said. “It should be a fun, funky way and as I said there are still planters left if someone wants to play.”

More than a dozen businesses have already signed up to compete and some of their design are beginning to bud. The contest has also drawn businesses outside of city limits to participate, including Eleventh Harvest Cafe. The business is planning to create a community garden in their planter.

Kim Savage, a co-owner for Eleventh Harvest Café, said the restaurant recognized a need to provide their community with fresh produce, particularly for those in the downtown. Eleventh Harvest runs a charity soup kitchen regularly and this is where Savage said they recognized that need.

“We plan to have several different kinds of veggies, tomatoes and three kinds of those, green, red yellow, lettuce and really whatever we can fit,” Savage said.

The garden will be located in the 300 block of Main Street and be tended by fellow restaurant co-owner Santana Hoss and cook Danell Moody.

The planters range in a variety of sizes and can be found along the downtown corridor. Croteau encouraged participants to use their creativity to create a signature design.

“You plant what you want,” Croteau said. “Some are doing vegetables … some are doing flowers. Instead of having painted animal figures, like you might see in St. Joseph, we are going to have this really eclectic, natural community gardens that are a little different everywhere you look.”

To vote, Facebook polls will be available online and at local downtown businesses. For more information on this project, visit facebook.com/nilesmainstreet.mi.