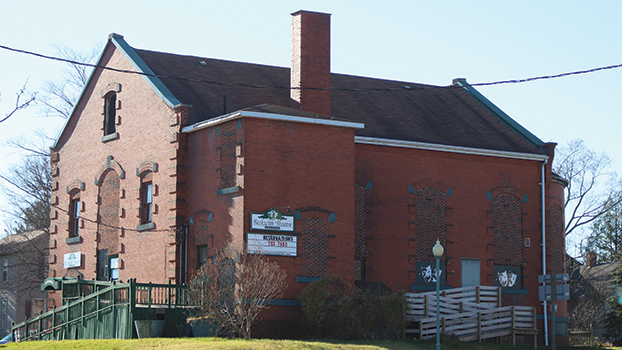 Beckwith to host auditions for ‘The Importance of Being Earnest’

DOWAGIAC — Auditions for “The Importance of Being Earnest: A Trivial Comedy for Serious People,” a farce by Oscar Wilde, will be held from 6 to 8 p.m. on Tuesday, May 29 at the Beckwith Theatre, 100 New York Ave, Dowagiac.

Auditions will consist of cold readings from the script. To arrange an alternate audition time or for any questions, contact director Jack Gannon at (773) 405-6399.

“The Importance of Being Earnest: A Trivial Comedy for Serious People” is widely regarded as Oscar Wilde’s funniest and most enduringly popular play, according to organizers. It is a farcical comedy in which the protagonists maintain fictitious personæ to escape burdensome social obligations. As in all farces, the play involves exaggerated physical action, such as slapstick, absurdity and improbability, and often contains surprises where the unexpected is disclosed. Working within the social conventions of late Victorian London, the play’s major theme is a satire of Victorian ways, treating such serious institutions as marriage as trivialities.

Roles to be auditioned include:

Gwendolen Fairfax – Age: 20s or 30s. Algernon’s cousin and Lady Bracknell’s daughter. Gwendolen is in love with Jack. She is sophisticated, intellectual, cosmopolitan and utterly pretentious.

Cecily Cardew – Age: 20s or 30s. Jack’s ward. Cecily is probably the most realistically drawn character in the play. Like Gwendolen, she is obsessed with the name Ernest, but she is even more intrigued by the idea of wickedness.

Miss Prism – Age: 40 plus. Cecily’s governess. Miss Prism is an endless source of pedantic bromides and clichés. Puritan though she is, Miss Prism’s severe pronouncements have a way of going so far over the top that they inspire laughter. Despite her rigidity, Miss Prism seems to have a softer side.

Merriman – Age: 20 plus. The butler at the Manor House, Jack’s estate in the country.

The role of Lady Bracknell has been filled.