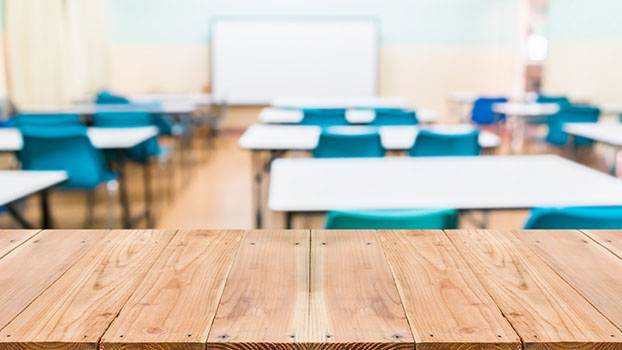 Closer Look: A breakdown of how Schools of Choice impacts local school districts

When it came time to decide where to send her son to high school five years ago, Mary Ellen Hegedus faced a tough choice.

Her son was interested in becoming a mechanic, but their residence was located in the Clay High School district in South Bend, which specializes in fine arts. The South Bend school that would have best fit her son’s desired career path is Riley High School, on the south side of town.

In order to get her son there, she says she would have needed to drop him off at Clay High School at 7 a.m. every school day, so a bus could then pick him up and get him to Riley by the time school started.

“It seemed kind of cumbersome to take that much time to get to school,” Hegedus said.

Unsure of what to do, she began looking into other options and quickly discovered that she could send her son across the state line to Brandywine High School for a tuition of $2,500 per year.

Previously, Hegedus’s son attended Christ the King, a private school on US-31 in South Bend, so she says the price of Brandywine was reasonable based on what she was paying before, and it offered tool and trade classes. Additionally, it was a shorter commute for the family in comparison to Riley High School or private school Saint Joseph High School.

A reality for many

Every school year, many parents and students throughout Michiana face the tough decision of what school or district is right for them — even those already living in Michigan. According to Karen Weimer, superintendent of Brandywine Community Schools, 20 percent of the district’s overall enrollment comes from School of Choice, and Brandywine is not unique in this situation.

As the school year winds down and families begin planning for the next academic year, school districts in Dowagiac, Cassopolis, Niles, Edwardsburg and Buchanan are all accepting applications for School of Choice for the 2018-19 school year.

This program allows area students to enroll in schools outside of their district, even if they cross state lines, and take advantage of educational opportunities that they would not have been able to otherwise.

While the purpose of the program is to help students and empower parents, it also can benefit the districts.

“We definitely benefit from the quality students we receive who exercise the school of choice option,” said Dan Applegate, superintendent of Niles Community Schools. “The parents and students have reviewed the options NCS provides and feel like there is a good fit. Anytime there is a good fit of programming for a student, the family of the student wins.”

School of choice can also be advantageous for the districts because public schools are funded on a per-student basis, meaning that the more students a district has, the more money it gets. This can be very beneficial for schools that gain students.

Bob Kittle, president of Munetrix, which develops a fiscal well-being score for school districts similar to a personal credit score, told Leader Publications in February that enrollment is one of the leading indicators when it comes to having a financially viable district.

Comparably, 300 non-resident students were enrolled in Brandywine Community Schools, while 273 students residing in the Brandywine district enrolled elsewhere, according to MI School Data, a state reporting organization that tracks School of Choice and other educational data.

A total of 313 non-resident students chose to attend Niles schools, while 591 Niles residents opted for other school districts.

Negative impact to a district

On the flipside, School of Choice can also take residents away from a district and hurt them financially.

“For some districts that do struggle financially, School of Choice can sometimes cause declining enrollment that only makes the financial situation worse,” said Timothy Donahue, superintendent of Buchanan Community Schools. “If a district can’t offer courses or programs that parents and students want due to limited financial resources, students may end up leaving, taking the foundation allowance with them and therefore worsening the financial status of the district.”

During the last five school years, Cassopolis Public Schools lost on average a net negative of 185.8 students per year due to them enrolling in a different school district. That number reached a five-year high of 206 students during the current school year.

That is not to say that all parents are dissatisfied with the programs or education that their children are receiving in Cassopolis.

Kimberly True’s daughter began attending Ross Beatty Jr.-Sr. High School this school year, after previously being a part of the Niles Community Schools district for the majority of her education. True and her husband say they are more than satisfied with their decision.

“We are beyond thrilled with the opportunities at Cass,” True said. “It’s such a hidden gem in southwest Michigan that people don’t look at Cass as closely as they might some of the larger schools in the area, which I think is a disservice to themselves.”

Just as Hegedus found Brandywine a more appropriate fit for her son’s interests in mechanics, True said Cassopolis would better prepare Layla for her interests in farming and animal care.

“Cass is dedicated to individualized learning and growth. The agriculture department there is a big reason why Layla decided to go to Cassopolis,” True said. “Really it was more geared towards our family.”

But that is not how she saw it at first. True, who got a job at Ross Beatty Jr.-Sr. High School shortly after she decided to enroll her daughter there, graduated from Niles High School and had a great experience. When it first came time to send her daughter to school, Niles seemed like the best choice, even though their home was technically located inside the Cassopolis School District.

It was not until after she realized Niles Community Schools was not providing the environment she wanted for her daughter that the Trues decided to switch to Cassopolis, even after looking into other area schools like Edwardsburg.

“I think that the number one thing that I didn’t realize is how much of a community [Cassopolis is],” she said. “It’s like a tight-knit family.”

Below are graphs that show how non-resident enrollment impacts Dowagiac, Buchanan and Niles school districts over the past five school years.

While School of Choice gives parents the chance to pick which school their child goes to, the choice is technically up to the district on whether or not to admit a student. The school district can set its own tuition amount and review and interview a student before accepting them.

This number is subject to change in each district, often based on a vote from the school boards. This can put parents who utilize School of Choice in a tough position. According to Weimer, parents who use School of Choice do not get to vote on many school-related issues, such as the school board members or bonds, which she says can limit “their voice in the district.”

Additionally, there can be certain advantages offered in a school district that School of Choice students are not privy to.

The Buchanan Promise is a scholarship endowed by deceased benefactor Walter E. Schirmer Sr., through which Buchanan students can receive up to $2,500 per year when they attend college, trade school or other post-secondary institutions. But Buchanan students that are there through School of Choice are not eligible for this scholarship, even if they are part of the district for kindergarten through their senior year of high school, as students must both attend Buchanan Schools and live inside the district in order to receive it.

This is not to say that School of Choice is a bad option for parents. Hegedus and her son are very happy with their decision to cross the Indiana state border to attend school in Michigan, even given the extra cost.

“It was absolutely worth the money because he’s in the program he wants,” she said. “I think he likes the teachers. … It’s been a really good experience.”

Niles student among those selected for DAR Good Citizens Award

THREE OAKS — On Sunday, members of the Daughters of the American Revolution recognized four students who qualified for the... read more