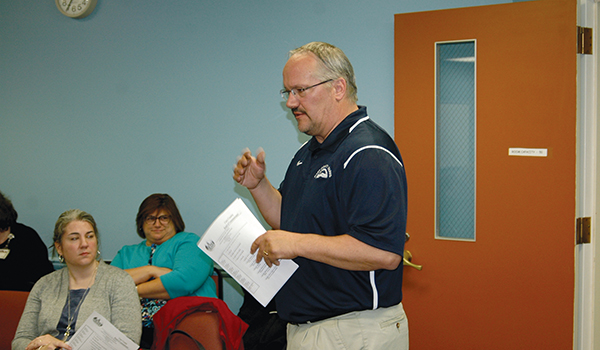 CASSOPOLIS — Cass County Commissioners are looking to the skies, and county officials, to know whether a local park should receive a special designation.

“There is no guarantee we will get this designation regardless,” Wyman said. “We feel if we can go through the process and meet all the criteria, we feel this is worth it.”

Dark Sky status would protect and enhance the park’s nighttime darkness by limiting artificial light pollution. In order to become a dark sky site, a park must meet certain criteria outlined by the International Dark Sky Association, such as having certain types of lighting, after-dark hours and educational events.

At the last Committee of the Whole meeting, commissioners expressed both excitement and worries about the potentiality of T.K. Lawless Park being named a Dark Sky site, which prompted the board to ask Wyman to present about the topic.

“It’s just another feather in our cap and just another opportunity to sing our praises throughout the community,” Wyman said. “It’s letting the world, because this is an international designation, know that we take night time sky viewing serious. You have a wonderful opportunity to do so at Lawless Park.”

Though Wyman said that he understood why some commissioners may have reservations about having the park named as a Dark Sky site, he believes it would benefit the parks in the long run.

“It’s like 20 years ago, when someone said ‘why don’t you put a mountain bike path in Lawless Park.’ We said, ‘what the heck is mountain biking,’” Wyman said. “We had land that we weren’t doing anything with, so we went through the process. Now, it is one of the best decisions we ever made, but at the time it seemed crazy. No one else had mountain bike trails. But now, a lot of people have them.”

Wyman said that, like the mountain bike trail, a Dark Sky designation would improve the parks, though there is still a long road ahead before he will know if T.K. Lawless Park will receive the designation.

• At Thursday’s board of commissioners meeting, the board will vote to approve vehicle equipment updates, a medical marijuana operation budget and to amend the commissary budget for the Cass County Sheriff’s Office.