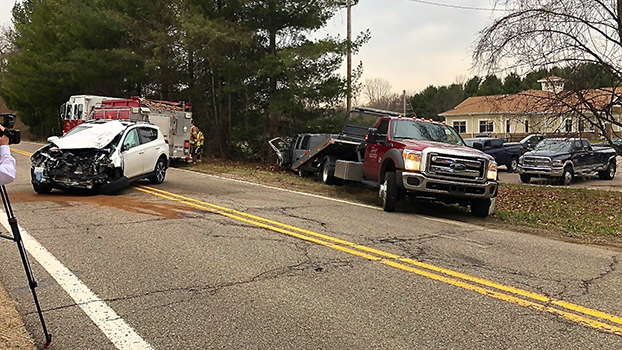 Authorities responded to the crash about 5:30 p.m. Friday on Gumwood Road near Bertrand Street in Milton Township.

The crash occurred when Gregory Ferrier, 55, of Niles was southbound on Gumwood Road, when a vehicle driven by Jean Stilwell-McCarty, 72, of Niles turned in front of him, according to police. The collision caused Ferrier’s vehicle to travel off the road and into a tree.

Both parties were taken by ambulance to Memorial Hospital in South Bend for treatment. Alcohol is not believed to be a factor and seatbelts were used. This case remains under investigation.

POKAGON — Monday’s meeting of the Pokagon Township board opened with citizen concern for the road and speeding conditions of... read more