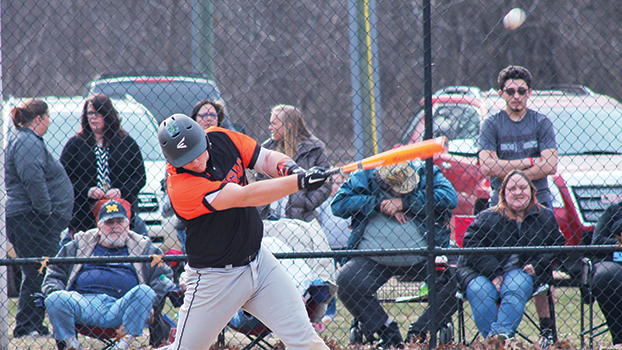 DOWAGIAC — The Dowagiac baseball team went 1-2 last week, beating Marcellus 6-0, before being swept by Sturgis in its Wolverine Conference opener.

The Chieftains are now 3-2 on the season heading into action against South Haven and St. Joseph at Rotary Park on Thursday and Saturday respectively.

The Trojans grabbed the 5-0 lead after the first two innings in the opening game on Thursday.

Dowagiac cut the lead to 5-1 with a run in the third and 6-3 with two runs in the bottom of the fourth.

Sturgis (2-4) scored a run in the fifth and five in the sixth to break the game wide open.

Brendan Dudley worked the first four and two-third innings for Dowagiac and took the loss.

The Chieftains finished with just four hits, all singles.

In the nightcap, Sturgis scored three runs in the eighth inning to pull out the 3-0 victory.

Elijah Williams pitched seven and a third innings before giving way to Brackensick. The pair combined to allow three runs on five hits with six strikeouts and three walks.

The Chieftains had just one hit in the contest, a single by Dudley.

A.J. Kidd and Simpson combined to toss a no-hitter against Marcellus last Wednesday.

Dorman singled and doubled for the Chieftains, who also got a double from Brackensick.

DOWAGIAC — It was a battle of two games for the Dowagiac softball team Thursday afternoon. The Chieftains dropped the... read more