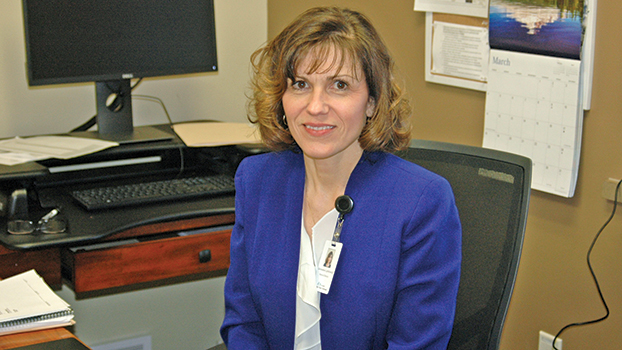 CASSOPOLIS — The opioid crisis has been a topic of conversation in Cass County recently, with officials ranging from law enforcement to judges speaking on the topic, and county commissioners voting to join a lawsuit against prescription drug companies for the crisis.

With the opioid crisis on the minds of many Cass County residents, one local health care provider is working to fight the epidemic.

The Cassopolis Family Clinic Network, 261 M-62, Cassopolis, has spent the last year working to lower its number of opioids prescribed to patients through educating patients about alternative forms of treatments and strict adherence to laws and regulations. According to Medical Director Genevieve Lankowicz, all the work is an effort to help contribute to the fight against the opioid crisis.

“We kept hearing all these news reports about the number of opioid prescriptions being greater than the number of citizens in our county and the number overdose deaths in counties,” Lankowicz said. “I kept thinking about, ‘What can I do about this? What is my role?’”

Lankowicz became involved with implementing procedures at CFCN to limit opioid prescriptions, which are used to treat pain, shortly after beginning in her role at the healthcare network in March 2017. She said that she felt a pull as medical director to make a change and a difference.

The first step Lankowicz took involved making sure that both patients and providers knew the regulations and laws that require certain things of CFCN before employees can prescribe opioids.

“Our providers do very tedious and busy work, so they don’t always read the newspapers or know if there is a change in a law coming,” Lankowicz said. “I’m the medical director, so it’s my job to make sure everybody knows.”

The second step was making sure that each patient was spoken to, ensuring that they had discussed the risks that opioids carry. Lankowicz scoured resources to fight the opioid crisis and educate patients. She ended up hanging posters she found from the Center for Disease Control explaining that patients should not first turn to opioids for pain management in exam rooms.

Lankowicz also made sure that patients and providers were working to address the root cause of the pain patients were experiencing and exploring alternative forms of pain management, which can range from physical therapy to alternative prescriptions.

“[Opioids] are a Band-Aid. If we can, we want to treat the pain at the source, rather than having patients take an opioid for years that potentially has side effects that could cause you harm,” Lankowicz said. “The way to improve is through good communication and checking back in with people.”

Lankowicz said that the policies implemented at CFCN have been successful and have resulted in a significant decrease in the number of opioids prescribed through the healthcare network.

“Some of our patients are hearing the news reports and doing research online and realizing that, ‘hey, maybe I don’t want to take this medicine,’” she said. “We have patients coming in asking what other options they have [other than opioids].”

Lankowicz said she is happy to aid CFCN and be part of the fighting force against the opioid crisis, as she believes that physicians have a responsibility to do what they can do ensure the health of the public.

“I believe that providers need to be empowered to make the decisions about how to treat pain,” she said. “There is no one person to blame [for the opioid crisis]. There is plenty of blame to go around. We need to focus on fixing it. Addiction is hard, and when you have patients that are addicted to any substance it’s hard to help them, but it is important work and it’s worth the effort.”

CFCN will continue with its efforts to fight the opioid crisis and will comply with any new laws and regulations that come into play, Lankowicz said. She added that she hopes CFCN will be awarded grant money to research other form of pain control and to help those recovering from opioid addiction.

“We will keep our eyes open for what’s new,” she said.

CASSOPOLIS — The produce and animals at Calvin Creek Farms in Cassopolis are nurtured carefully. Each piece of produce is... read more