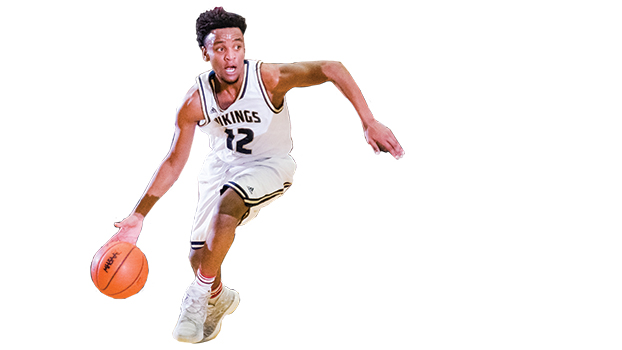 NILES — Niles senior Robert Brown and junior Austin Brookins were both named to the SMAC All-West Division basketball team, which was released Monday.

Division champion St. Joseph dominated the first team with five selections, including Chad Shimulunas, who was named captain of the squad.

Brown was a first-team selection for the Vikings, while Brookins was an honorable mention pick.

“Robert Brown is a great kid who had a special season for us,” said Niles coach Todd Pawielski. “He is a quiet leader, always where he is supposed to be, and very humble. A very deserving honor for Robert.”

Brown averaged 14 points per game and shot more than 50 percent from the field for the Vikings. He also averaged 7.5 rebounds per game with numerous double-doubles.

“He will have an opportunity to continue playing basketball at the college level,” Pawielski said.

“Austin Brookins had a solid season for us handling the basketball,” Pawielski said. His leadership is getting better and he has improved defensively as well. I look for him next season to be more of a scorer and to hopefully be the best guard in the area.”

DOWAGIAC — Two men were arrested in Dowagiac Friday night for possession of marijuana and a firearm, according to the... read more