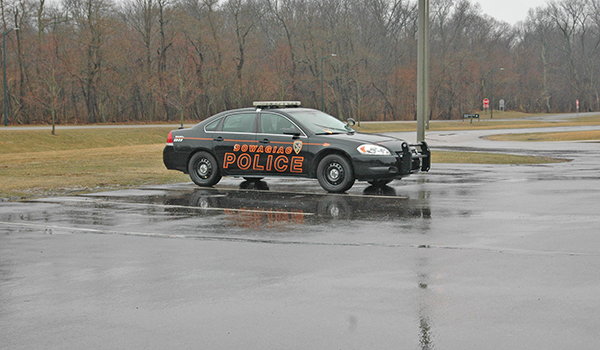 DOWAGIAC — Dowagiac Union Schools will be closed Wednesday as administrators and police continue to investigate a threat made at Union High School Tuesday.

Before noon on Tuesday, police and extra security were dispatched to Dowagiac Middle School and Dowagiac Union High School after a threat was found written on the wall of a bathroom in the high school. Though district officials cannot release the details of the threat, the threat was one of violence and was directed to take place at 10 a.m. Wednesday, according to Dowagiac Union Schools Superintendent Paul Hartsig.

Police launched an investigation into the threat and interviewed students. At the time, police determined that there was no immediate threat to students or staff. School continued as scheduled Tuesday without incident. Police and school administrators increased security and monitoring to ensure student safety throughout the school day Tuesday, Hartsig said.

Later the same day, a threat to “blow up the middle school” was found written in a school bathroom. Police responded to the threat, which was deemed not credible.

A student suspect has since confessed to writing the threat. The student was turned over to a parent, and the incident will be submitted to the Cass County Prosecutor’s Office for a review and juvenile petition into probate court, according to the Dowagiac Police Department.

At the time of publication, the police investigation into the original threat at the high school was still ongoing, though Director of Dowagiac Public Safety Steven Ginnewald said he does not believe students will be in danger if they are at school tomorrow at the time the threat specified.

In a statement released to parents of Dowagiac students, Hartsig said that full investigations are occurring to determine those responsible for the threats and that those who are responsible will be held fully accountable. He also thanked the Dowagiac Police Department for its response to the situation and Dowagiac Union High School and Dowagiac Middle School students for the way they conducted themselves.

Despite the closure, elementary parent teacher conferences will continue as scheduled from 3 to 6 p.m. Wednesday.