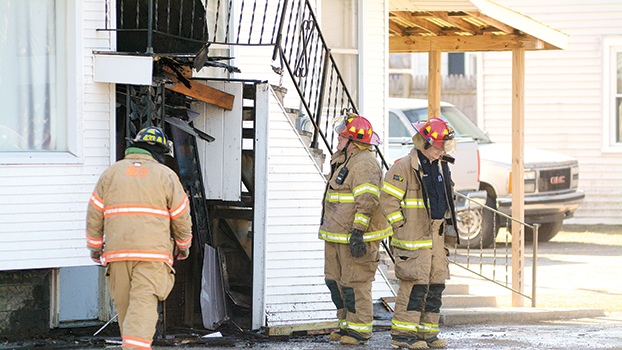 No one injured in porch fire Friday in Niles Township

NILES TOWNSHIP — A cigarette is suspected to be the cause of a porch fire that started Friday morning at 1124 Fort St.

Firefighters from Niles and Niles Township responded to the call at about 10:24 a.m.

There were about four people inside the two-story rental house, according to Brovold. Everybody made it out without injury, despite second story occupants having to dash across the burning porch.

If authorities had not showed up when they did, Brovold said the occupants could have become trapped.

“If someone had not called [about the fire] this might have been a different story,” Brovold said.

Fire damages were concentrated to the porch. Brovold estimated that the cost of damages would be about $500.

Four fire engines were on the scene, as well as a SMCAS ambulance.

NILES – The Niles District Library seeks to build a community of lifelong learners who want to make Niles their... read more