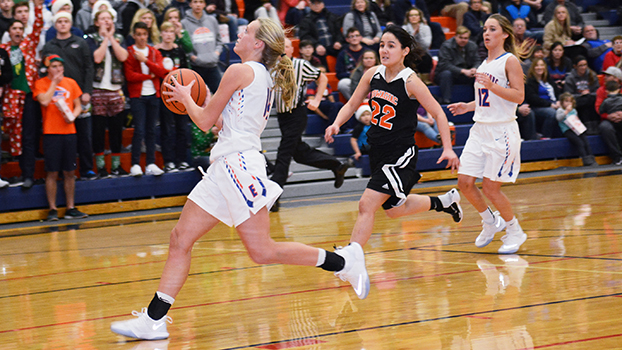 First-team selections for the Eddies were senior Alexa Markel and junior Kaitlyn Zarycki.

“In my mind, she is the best player in the area,” Pobuda said. “She is solid on both ends of the court and she makes her teammates better. She is a 1,000-point scorer as a junior and I look forward to having her back next year.”

“Alexa is a player that everyone wants on their team,” Pobuda said. “She didn’t fill up the stat sheet, but she did all the little things to help our team be successful. We are going to miss her leadership.”

“Abby Krugh is a shooter,” Pobuda said. “If she starts to knock down shots, watch out. She is young and she is only going to get better. Claire should have been second-team all-conference at the least. She led our team in rebounding and always seemed to step up in big games.”