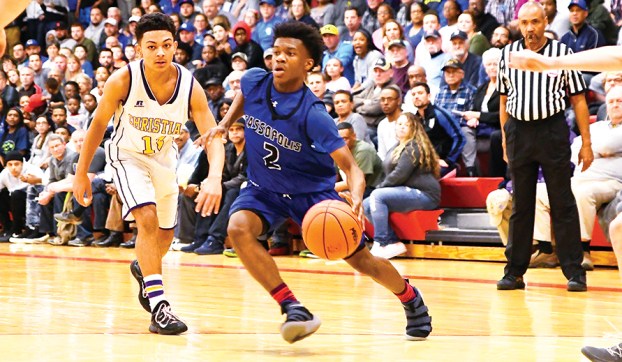 CONSTANTINE — Kalamazoo Christian outscored Cassopolis 27-15 in the second half and 13-4 in the fourth quarter on the way to a MHSAA Class C regional boys basketball title Wednesday night.

The Comets held the Rangers scoreless in the game’s final 5:26 while earning a place in the quarterfinals slated for Tuesday at Kalamazoo Loy Norrix.

While the tears flowed and the locker room hugs were long after the season-ending loss, Cassopolis coach Ricky Evans had plenty of positives to reflect on.

“24-1. I’ll take it,” said Evans of a squad that tied the school record for single-season victories set by the 1974-75 state runner-up Rangers (24-4) and matched by the 1983-83 regional-qualifying Cass team (24-1). “I’m nothing but happy for these kids. They played their tails off all year. You can’t take that away from them. The camaraderie I had with the kids was great.”

Evans has been with his six seniors since they were freshmen.

Class of 2018 members Brandon Anderson, Kiambu Gary and Xander Smith were in the starting lineup Wednesday along with juniors Tyrese Hunt-Thompson and Devin Jennings.

The Rangers’ other three seniors are Trevor Bruens, Eian Forrest and Danny Young.

Evans noted that leading scorer Hunt-Thompson (20.5) will be back.

“We’ll build on that,” said Evans. “The season starts tomorrow.”

Gary led Cass in the regional final with 18 points and finished the season with a 13.7 scoring average while Jennings had eight, Hunt-Thompson seven and Smith seven.

Cassopolis led 22-13 with 1:20 left in the first quarter, but saw Kalamazoo Christian pull to within 21-19 by the end of the period.

DOWAGIAC — The National Federation of State High School Associations has approved the switching of home and away uniform colors... read more