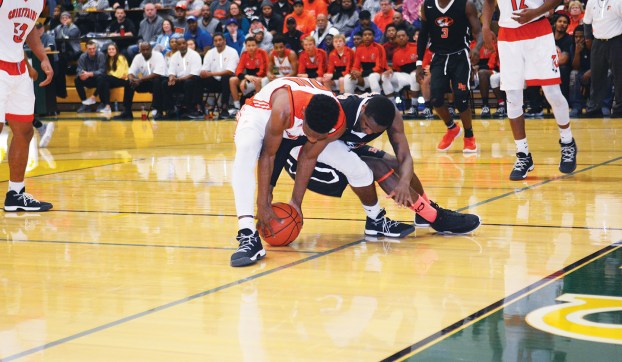 Dowagiac comes up short in finale

COLOMA — For one half, the Dowagiac boys basketball team outplayed Benton Harbor in the Class B regional semifinal Wednesday night.

Then came the third quarter.

Trailing Dowagiac 30-28 at halftime, Benton Harbor (24-1) came out and torched the Chieftains’ defense with six 3-pointers on eight attempts.

The Tigers were red-hot from beyond the arc the entire night, while it struggled to score points closer in.

Dowagiac (17-6) was able to take advantage of that in the first half, leading Benton Harbor 12-8 after one quarter and by two points at the intermission.

The Chieftains continued to go toe-to-toe with the Tigers for the opening two minutes of the second half, leading 35-33 with six minutes to play.

Benton Harbor, which will play Williamston (22-2) in the Class B state quarterfinals at Iona on Tuesday, outscored Dowagiac 23-10 the remainder of the third quarter to open up a 56-45 advantage that it would not relinquish.

In the opening 16 minutes of play, the Chieftains used a zone defense to hinder the Tigers’ high-powered offense.

Benton Harbor shot 25 percent from the field, including 5-of-18 from 3-point range.

That percentage improved greatly in the second half, especially from beyond the arc.

The Tigers shot 75 percent from 3-point range in the third quarter and finished the game shooting 35 percent for the game (20-of-57).

Dowagiac finished the night shooting 40 percent from the field (22-of-55), but the Chieftains had just a trio of 3-pointers.

Dowagiac played much better against Benton Harbor than it did in the season opener when the Tigers handed the Chieftains a 77-43 setback.

Veteran Dowagiac coach Danum Hunt was pleased with the effort despite the loss.

“We played really well tonight,” he said. “We just had a little lull in the third quarter and they heated up from outside. We knew they could shoot, but they were streaky. Unfortunately, tonight was one of those nights when they got hot. But my guys played well and did everything asked of them. We gave it everything we had. The shots just didn’t fall for us in the second half. But that’s part of the tournament. Sometimes the ball bounces your way.”

T.J. Jones led Benton Harbor and all scorers with 19 points, while Shawn Hopkins added 16 points and 11 rebounds. Carlos Johnson finished the night with 13 points and 13 rebounds, while Elijah Baxter added 12.

Hunt said that the scoreboard may have said that his team was defeated by the Tigers, but compared to the season opener, he feels like a winner.

“I’m proud of our guys,” he said. “When you compare this game to the first game of the season, it was like night and day. It may not be a win on the scoreboard, but I call it a win.”