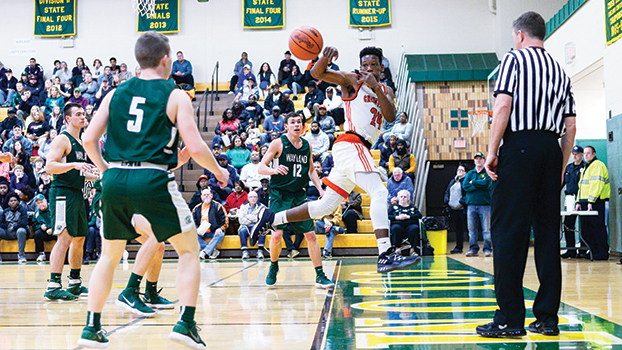 COLOMA — It was as close to a perfect defensive game as any team can get.

Never allowing its opponent on the free throw line, Dowagiac moved into the Class B Regional finals with a 63-47 win over Wayland Monday night in Coloma.

Dowagiac ended with nine team fouls, but they never occurred on a shot and never put the Bobcats in a 1-and-1 position.

That is a very rare statistic in basketball. To date, it’s never happened in the NBA, and since the inception of the game in 1891, the NCAA only has a handful of games that document a no free-throw game, according to a CBS Sports article from 2017.

It’s safe to say it is probably something Chieftain coach Danum Hunt may never see again.

“We came after them defensively, even after a slow and sluggish start on defense,” he said. “We made a few adjustments for the second half, but overall our defense was there and it was phenomenal.”

Part of Dowagiac’s plan, according to Hunt, was to play up-tempo and make it harder for Wayland’s “bigs” to stay in the game.

By “bigs,” Hunt refers to the Bobcat tower players of Carter Nyp, who stands at 6-foot-9, Cory Ainstworth at 6-foot-8 and George Yanakiev at 6-foot-5. All three dominant forces for Wayland were shut down by the Chieftain defense.

The first quarter ended in favor of Wayland, 12-9, but the Chieftains walked into halftime with a 28-26 lead and never let the Bobcats take control again. After the third, Dowagiac led 42-35.

Nyp’s ankle injury early in the first quarter kept him out of the game for most of the first half, which worked in favor of Dowagiac.

“We knew he (Nyp) was one of the bigs to go after and we prepared our guys for him, but he’s still taller than our guys and is a great all-around player,” Hunt said. “Him not being present helped us because he’s a guy who can play all over the court.”

Nyp ended with the game-high 21 points.

For Dowagiac, Jamin Hunt had 20 points, including four threes and seven assists. Caleb Murphy had 15 and D.J. Lanier ended with 11. J.J. Smith added an impressive 22 turnovers for the Chiefs. 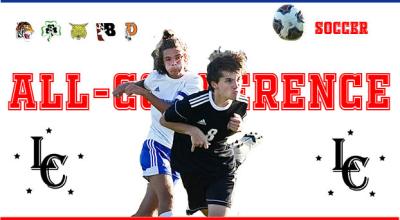