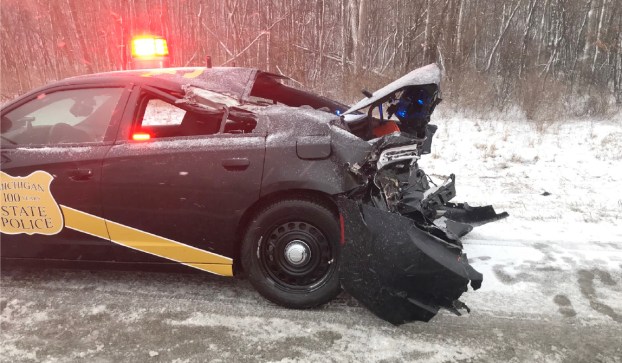 Around 7:05 a.m. a Michigan State trooper from the Fifth District Hometown Security Team was on patrol and traveling east on I94 near MM 31. The trooper was driving behind two MDOT plow trucks which were treating the ice covered highway when his patrol car was struck by a semi-tractor trailer.

The trooper suffered minor injuries and was transported to Lakeland Hospital St. Joseph for evaluation. The truck driver from Ohio was not injured.

No additional information is available at this time.

City of Niles thanks volunteers for help with flood cleanup