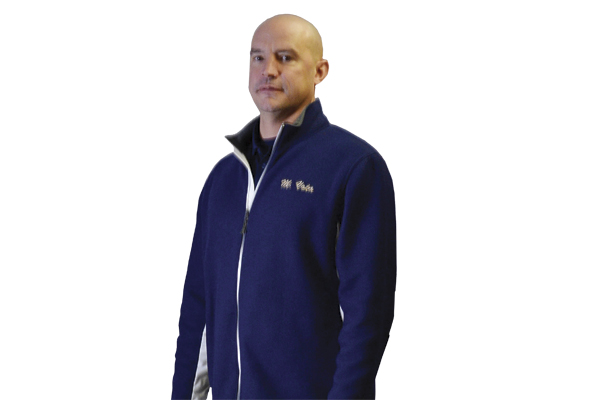 After being a multi-sport standout at Brandywine High School, Jared Owens knew quickly that he was going to be an Albion Briton.
“The fit was a no-brainer for me,” he said. “I literally took one visit to there and did not need to go anywhere else. It was the best decision I ever made. Coming off a good football team in high school to a national contending college football team helped make it an easy transition.”
Although Albion is a private college with a smaller population than larger state schools, Owens had plenty of adjustments to make as he started his college career.
“The Albion experience gave me a chance to experience the different cultures and aspects that they throw at you,” he said. “It is not an easy school whatsoever. It took me a little bit to figure out what I wanted to do.”
His football career may have gotten off to a bit of a slow start, but Owens excelled on the track immediately at Albion.
“I came in as a running back, but about a week and a half into camp, coach sat me down in a room and asked me how things were going,” he said. “I said I think I need to make a switch, so they moved me to wide receiver. The rest is history.”
The transition from playing high school to college ball was not necessarily an easy one.
“My freshman year — everybody wants to play, but for me it was a lot of practice squads and I was not used to that at all. That was really difficult for me, but the overall goal was to win a conference championship and make the playoffs and compete for a national title.”
Owens’ experience running for Albion was a bit different.
“Track was, ‘go out and see what happens.’ I came out with a bang my freshman year,” he said. “There was one goal in track that I never accomplished — winning a national championship.”
Owens would scratch on his final collegiate jump trying to claim that elusive championship.
“I am not upset about that at all because I left it all out on the track,” he said.
His athletic accomplishments, which included being a six-time All-MIAA honoree in track and football, earned Owens a spot in the Albion Hall of Fame. He was inducted last fall as one of 11 individuals and three teams.
“The athletic director at Albion [Bobby Lee], who had just become the AD there as I was going through Albion, calls me,” Owens said. “I honestly thought it was going to happen six years earlier, because you become eligible after 10 years. So, it did not happen that first year, I remember my coach, Lance Coleman, talking with him about his 10th year and not getting inducted. He had to wait until his 11th year.
“That year came along, and then the 11th and I was like, ‘oh man, I am not in yet.’ So, when my buddy John went in two years ago, I was like, ‘oh yeah. Here we go.’ As soon as he called me up I was grinning. It was very humbling.”

After being a multi-sport standout at Brandywine High School, Jared Owens knew quickly that he was going to be an... read more