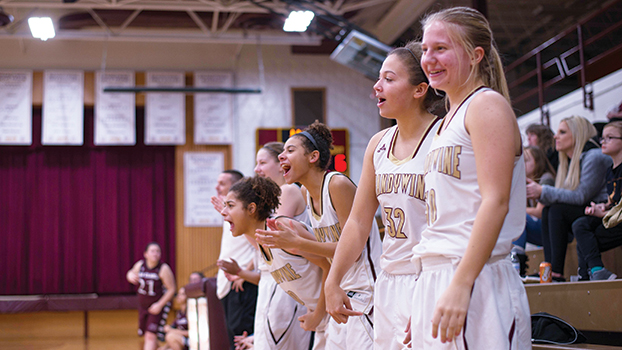 NILES — Monday night was one of celebrations in the Brandywine Bobcat Den.

The Brandywine basketball team advanced to the Class C district semifinals with a 64-10 win over Eau Claire and head coach Josh Hood grabbed his 200th victory with the program.

During the most crucial time of the season, Hood kept the focus off his achievement, only saying the milestone, “just means I’m old.”

The eight-year head coach came on board in 2009 and was all business from day one. Winning multiple conference, district and regional championships, and reaching the state semifinals twice over that stretch

“It was easy to see why the opening night of districts was the highlight of the interview after the game.

“March Madness is really what this program thrives on,” Hood said. “You could sense it and see it with the girls the last few weeks in practice. Their work ethic has become more intense. They understood what was coming.”

And understood, they did. The Bobcats opened the tournament with dominance. Hood gave several members of his team ample playing time, yet also let a few starters get some much-needed rest before Wednesday’s game against Watervliet.

“Wednesday is going to be a war,” Hood said. “Watervliet is a very tough team and we are going to have to play extremely well to move on. I’m thankful we are at home and look forward to hearing the roar of the monster growing in the crowd.”

Tipoff for the semifinal game is set for 6 p.m.

In the second semifinal at 8 p.m., Southwest 10 Conference foes Cassopolis and Hartford will square off for a chance to advance to the championship game Friday night.

The Rangers defeated Bridgman 60-51, while Hartford received a first-round bye.