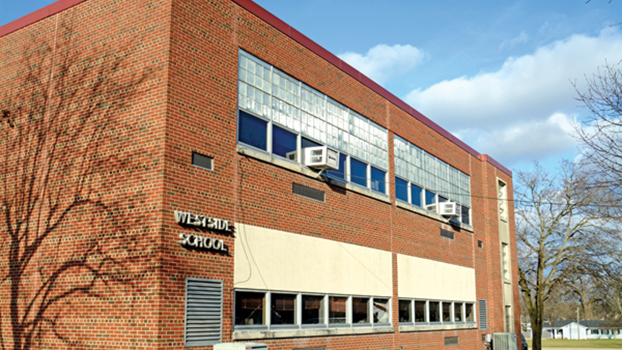 NILES — In the wake of the high school shooting that left 17 dead in Parkland, Florida on Feb. 14, people around the nation have sought answers about how to protect students.

In Niles, the tragedy has also been on the minds of residents and school administrators. Niles Community Schools Superintendent Dan Applegate said he wants to take action and review school safety plans and train students and teachers to be better prepared during an emergency. Applegate is kick-starting this initiative Wednesday, when he will meet with representatives from the Niles Police Department and other emergency personnel to begin a preliminary discussion about improving school security.

Applegate detailed his plans to tighten security and encourage training in a letter which he sent out to students’ parents on Friday, Feb. 23.

“The senseless violence that is occurring all too often in schools is hard to comprehend, and I emphasize greatly with our children and families as they wrestle with the images they have seen and stories they have heard,” Applegate said.

Applegate said the training and discussion will be building on the safety plans that the school district already has in place. Students go through lockdown drills to prepare for such events. Plans for these emergencies are audited by the state. Administration also meets regularly to debrief about safety, Applegate said.

In a phone interview Friday, Applegate said the 2015 bond will include upgraded security features, including a quick lock system on classroom doors. Teachers will only have to deadbolt their door from the inside, instead of searching for a key to lock the door. These locks have already been installed at Howard-Ellis and Ring Lardner. Other schools in the district will follow suit. Other bond features include installing a designated emergency use phone in school offices. The phone is connected to an analog line that will allow the phone to work even if the power goes out.

Niles Director of Operations Lewis Evans said other bond security features will include upgraded PA systems, which are expected to be completed at every school through the end of the summer. Around 2014, the schools started locking all doors. Those who wish to enter the premises must be buzzed in.

In addition to working with law enforcement and emergency personnel, Applegate intends to host a community forum in the upcoming weeks, where people can express concerns and offer up their own ideas for preventing school violence. The forum will also seek to be educational and inform parents about red flags to look for and what could indicate a credible threat to the district’s safety.

Taking steps to prevent tragedy in the schools is an effort that is going to take the community’s help, Applegate said.

“We want parents to know and the community to know what we do and that there is always the opportunity to learn from others,” Applegate said. “It is such an important issue and it is going to take all of us to have a good conversation about gun safety.”

Applegate said parents have responded positively to the letter. Already some suggestions have been pouring in, including creating another bond to cover the cost of more security tools, such as metal detectors. He said no one had suggested arming teachers, as President Donald Trump has been lobbying for.

In his letter, Applegate emphasized the importance of involving parents during this process. He asked that parents talk with their children about taking emergency drills and following directions seriously. Children should also be encouraged to tell a trusted adult if they feel that their school is being threatened. He reminded parents in the letter to remain vigilant themselves and report to the police and the school office if they notice “volatile behavior” or if they see something in person or on social media that indicates violence.

Applegate expressed pride in seeing students in Florida and across the country advocate to legislators to take action on the tragedy. He said he holds onto hope that those who lead the country will put aside their differences and focus on the betterment of children.

“[I have] hope that every school will once again be a safe haven for our children so that they can focus all of their attention on learning,” Applegate said.