MASON TOWNSHIP — An Elkhart man has pleaded guilty in the case of a 2017 Cass County murder.

Monday afternoon, William L. Henderson, 24, of Elkhart, pleaded guilty to the second-degree murder of Jan Mendez, also of Elkhart. Mendez was 24 years old at the time of his death. 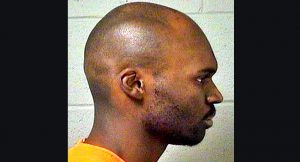 Henderson will receive a minimum sentence of 30 years in prison, according to the plea. The court will set the maximum sentence.

As part of his plea, Henderson is also required to plead guilty to armed robbery in Elkhart County. The sentences for murder and armed robbery will run concurrently.

The murder took place at the Ameri-Kart Factory in Mason Township in early January 2017. While the two employees of the factory were on a break, Henderson is alleged to have stabbed Mendez in the neck, following an argument. Mendez died from his injuries.

Henderson is scheduled to be sentenced for the crime at 8:30 a.m. April 6 in Cass County Circuit Court.