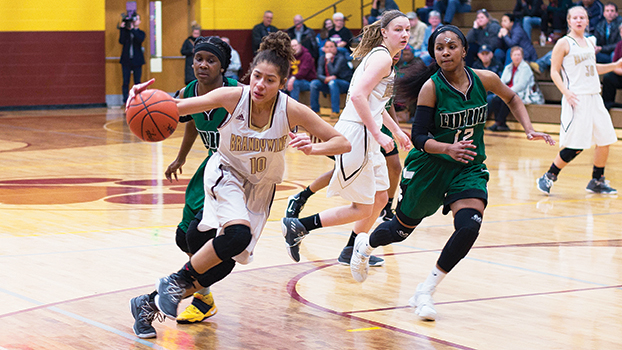 NILES — The regular season for Michigan girls basketball comes to an end this week and the postseason begins Monday at various sites throughout southwest Michigan.

Brandywine is hosting a very competitive Class C district, while Niles will host the Class B district, which features their arch rival, Buchanan.

The Cassopolis Rangers will host Bridgman in the opening round of the tournament at 7 p.m. Monday.

The winner advances to the semifinals at Brandywine High School Wednesday night, where it will take on Hartford (16-3), which received a first-round bye. That game is scheduled for 8 p.m.

The championship match is scheduled for 7 p.m. March 2.

The Bobcats have only faced New Buffalo during the regular season and blew out the Bison 59-19.

“We are in a very tough district and will have to play well next week,” he said. “We will spend the next week getting ready and preparing for what should be some great games. From here on out it’s focusing on one game at a time and holding ourselves accountable in every facet of our preparation. We are lucky to be hosting and our girls are excited to see the best fans in the state pack the Bobcat Den to cheer on the Lady Cats.”

Cassopolis has played everyone in the district field with the exception of host Brandywine, Watervliet and Bridgman.

The Rangers are 2-0 against Eau Claire, one of which was a forfeit, and 0-2 against Hartford.

Ranger coach Janice Gatson said that Brandywine and Hartford were the teams to beat.

She knows that her team will have to play one of its best games of the year to have a shot at the district title.

“The keys to getting past the first round are discipline, hard work, handle ball pressure and free throws,” she said. “To win the district championship we will need to be able to handle pressure, take care of the ball and execute on offense.”

The Rangers have had an up and down regular season, but Gatson is hopeful that it has gotten her team ready Monday.

“The season has prepared the team for the state tournament because they have experienced injury, sickness, lack of teamwork, and have been able to rise above all other situations that have been thrown their way,” she said.

Niles is hoping to be at full strength Monday when it hosts Buchanan in the Class B district tournament opener. (Leader photo/File)

Class B at Niles

Buchanan reached the championship game of the Class B district in 2017.

The Bucks are hoping to make another run at a district title in a field that veteran Buchanan coach Gabe Miller called “wide open.”

Buchanan and Niles, which is back in Class B for the first time in several years, will open up the tournament on the Vikings’ home floor at 7 p.m. Monday night.

The Bucks and Vikings are no strangers to each other having played a non-conference contest 12 days ago with Niles picking up the 50-46 victory.

Niles is hosting all the games for the Class B district.

Berrien Springs and Benton Harbor will square off at 5:30 p.m. Monday night, while the Vikings and Bucks will cap the doubleheader at 7 p.m.

The winner of the Berrien Springs-Buchanan game will advance to the 5:30 p.m. semifinal at Niles High School Wednesday.

The winner of the Buchanan-Niles contest will face Coloma in the second semifinal at 7 p.m. Wednesday.

The district championship game is scheduled for 7 p.m. March 2.

As Niles residents continue to be impacted by flooded streets and damp homes and businesses, several area organizations are offering... read more