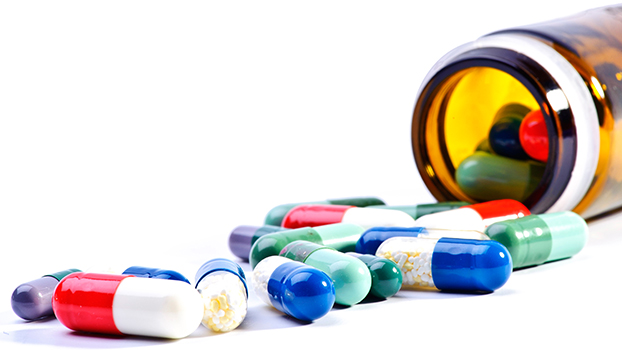 Prosecutor presents to government officials about the opioid crisis

Fitz visited the Cass County Board of Commissioners Thursday night during its regular meeting Thursday to give a presentation about the opioid crisis that has become a national epidemic.

“We would like to impart a little bit of our knowledge on this topic statewide, on the topic in general and also in Cass County,” Fitz said. “There is certainly a problem in Cass County in this regard, in our courts and in our communities.”

A former drug prosecutor, Fitz said that he has enough experience with drug enforcement to know that Michigan is facing a serious problem with the opioid crisis, as is Cass County.

According to research provided by Fitz to the board of commissioners, Cass County has seen an increase in opioid — including heroin and morphine — and prescription drug abuse in recent years.

Nationally, 16.1 people in every 100,000 died of a drug overdose in 2015. Infants born addicted to opioids has tripled since 1990, and opioids caused more than 64,000 overdose deaths in 2016, with synthetic opioids accounting for more than 20,000 of those deaths. Statewide, Michigan is in the top 10 states of opioid abusers.

For every 100 residents in the state, 107 drugs are prescribed by doctors, many of which are opioids, as opioids are the third most popular type of prescription drug, trailing after antibiotics and antidepressants. Opioid deaths in the state of Michigan increased 25 percent from 2015 to 2016.

Fitz said nationally opioid addicts are generally young, average age 23, suburbanites. Ninety percent are white men and women, and most are not addicted to drugs like heroin, but instead prescription drugs like Oxycontin.

In Cass County, meth remains the biggest drug problem facing the county, though opioid use is on the rise, with tracking systems in place indicating that opioid abuse is steadily rising. Sixteen percent of people who are sentenced for crimes in Cass County have self-reported abusing opioids.

Fitz said that the costs associated with the opioid crisis, such as drug courts and child removal courts, are expensive for the county.

To illustrate heartbreaking consequences of the opioid crisis, Fitz told the story of a Cass County football player that was prescribed a 30-day prescription of an opioid after a knee injury.

While Fitz said that reasons for the current opioid crisis are varied and complex, some of them can be pinned to the increased need for pain management and advertising from drug companies that led to increased prescribing by doctors.

No matter the reason that the opioid crisis has reached Cass County, Fitz said that the county needs to deal with it to keep it in check.

“These are alarming numbers,” Fitz said of the statistics he presented to the commissioners. “Addiction hurts families in many ways. … It hurts our area.”

BUCHANAN — Inside the building at 113 E. Front St. in downtown Buchanan, a formerly vacant building is undergoing a... read more