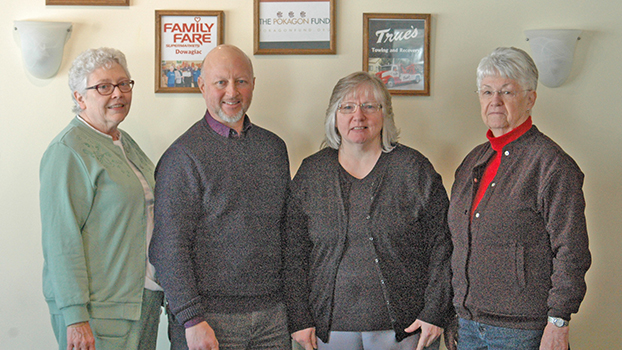 DOWAGIAC — A local organization is looking to engage with the Dowagiac community.

ACTION ministries, described by organizers as a non-profit collaboration of Christians that exists to service and minister to the community, will be hosting its quarterly meeting at 6:30 p.m. Monday, Feb. 19 at its headquarters, located at 301 Main St., Dowagiac. City manager Kevin Anderson and Mayor Don Lyons will serve as speakers for the event.

President of ACTION Ministries Jeff Neumann said that the meeting will serve as a way to update the public on ACTION’s current and upcoming plans and to share a space with the community to discuss what the organization already does in the community, which includes running a food pantry and transitional housing units in addition to hosting special worship services.

“We want to invite the community that might be interested in what ACTION is doing and we also want to invite a speaker of some kind. We do that at every meeting,” Neumann said. “This time, we are having the city administrator and the mayor. We always look for interesting speakers from the community and the Christian community to be present as we share what we are doing with ACTION.”

Topics to be discussed at the meeting include what the city is currently doing now and how ACTION can be involved with the community, food distribution and upcoming special services.

Neumann said that the meeting would be equal parts informing the public about ACTION’s upcoming plans and creating a dialog with the community about what they would like to see from ACTION in the future.

Though ACTION has cut down on the number of its community meetings, Neumann still believes that they are important to the community even in today’s internet and social media focused world.

“I believe face to face is the best way to make a difference,” he said. “When people are gathered in the same room for the same purpose, there is an energy and a more of a possibility to bring things together to work together.”

LAKE ODESSA — For the first time since 2004, the Dowagiac wrestling team is headed to the Division 3 state... read more