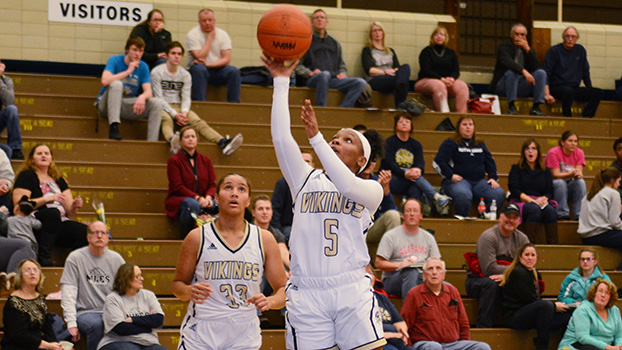 Niles holds off Buchanan rally in preview of district opener

NILES — Host Niles held off a second half charge by Buchanan to win a non-conference girls basketball game 50-46 Monday night.

In what was a preview of the opening round of the Class B district basketball tournament being hosted by the Vikings starting Feb. 26, Niles was able to turn back several Buchanan attempts to spoil senior night.

The Vikings ended the second quarter on a 5-0 run and took a 27-22 lead into the locker room at halftime.

Buchanan continued to apply the pressure and took a 30-29 lead late in the third quarter, but again, could not maintain the momentum and Niles grabbed a 40-36 advantage heading into the final eight minutes of action.

Buchanan had its chances in the final moments, but a block by senior Lajan Mitchell turned into a pull-up jumper by sophomore Alycia Patterson that sealed the victory for the Vikings.