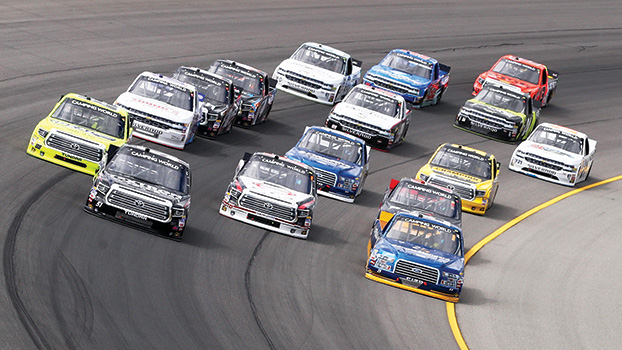 BROOKLYN — The 2018 racing season official got under way for NASCAR Sunday as qualifying for the Daytona 500 and The Clash were held to kick off “Speed Weeks” in Daytona.

A bit closer to home, the Michigan International Speedway in Brooklyn is preparing for its 50th anniversary season.

The speedway was built in 1967 as part of a vision of Lawrence H. LoPotin, a Detroit area land developer.

Ground was broken on the speedway in September of 1967 and the first race was an open-wheel event that covered 250 miles on Oct. 13, 1968. The race was won by Ronnie Bucknum.

“The track has a long history and we are planning a season-long celebration to commemorate all the historic moments and great drivers,” track President Rick Brenner said. “Fans will want to stay tuned as we continue to rollout different highlights to showcase the history of our sport and the automobile in Michigan.”

Fans can save up to $50 per grandstand ticket and $30 per campsite if they get their tickets now.

Children 12 and under are admitted free on Fridays and Saturdays, while on Sunday, tickets for children start at $15.

Michigan International Speedway has announced that Corrigan Oil will extend its partnership with MIS and will be the entitlement sponsor of the Camping World Truck Series Corrigan Oil 200 in August.

“We are excited to continue to expand our relationship with Michigan International Speedway and the sport of racing,” said Mike Corrigan, Corrigan Oil Company president. “We are happy to announce that we are sponsoring the 2018 NASCAR Camping World Truck Series this August. For the last few years we sponsored the ARCA Racing Series Corrigan Oil 200 and we wanted to change it up a bit. I think the truck race is a great fit for our company and customers. We have had such great results with our customers and brand awareness, we look forward to race weekends every year.”

Tickets are currently on sale for all the races at Michigan International Speedway in 2018.

Tickets start at $35 for the FireKeepers Casino 400.

“We are excited about the 2018 season at NASCAR’s most entertaining track,” Brenner said. “We have week-long entertainment planned in our campgrounds and fan plaza for our guests during our two Monster Energy NASCAR Cup weekends. As part of our season-long 50th anniversary celebration, fans can see all our rich racing history in a special car and memorabilia display.”

CASSOPOLIS — While the nation’s focus has turned to the fight against prescription opioid addiction in recent months, on the... read more