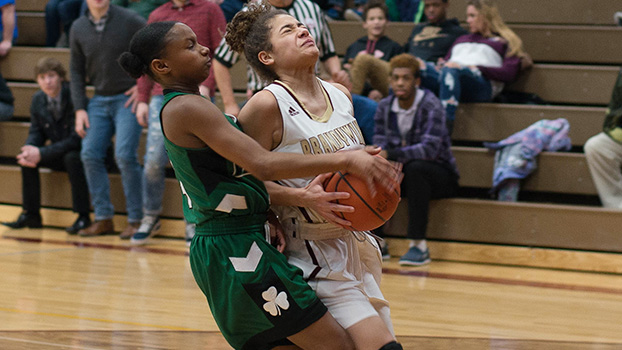 The Bobcat girls team defeated the Shamrocks 49-40, while the boys team came away with a 58-52 decision.

Zakiyyah Abdullah scored a game-high 21 points, while Nicole Sachman added 19 points for Brandywine, which improved to 16-2 on the year and 7-2 in Red Division play.

Jordan Abrams and Kyle Barnett scored 17 and 16 points respectively as the Bobcats improved to 10-6 on the season and 5-3 in the BCS Red Division.

Brandywine got off to a quick start as it poured in 18 first-quarter points en route to a 33-23 halftime lead.

the Bobcats also got eight points each from Shane Brown and Jaden Croom.

Berrien Springs was led by Sam Spaulding’s 16 points. He was the lone Shamrock to reach double figures.