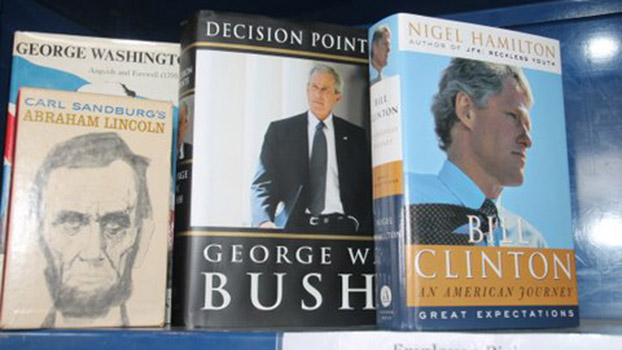 An example of books available for President Day is shown at Shelf Life. (Submitted photo)

NILES — In recognition of Presidents Day on Feb. 19, Shelf Life Community Bookstore in Niles is featuring biographies of former commanders-in-chief. Both hardback and paperback books are included in the collection to be found in the lobby and in the non-fiction room at Shelf Life, located at 223 N. Fourth St.