NILES — A Niles man who attempted to assault his girlfriend after a fight will serve time in jail for the crime.

Alexander Fleming, 27, of the 600 block of Platt Street pleaded guilty to attempted assault with great bodily harm less than murder on Dec. 19, 2017. Berrien County judge Charles LaSata sentenced Fleming to serve 120 days in jail, but he was permitted to be released directly into the TRI-CAP diversionary program to serve his sentence. Fleming was also placed on probation for three years.

The crime occurred on Sept. 24, when the police were dispatched to the 600 block of Platt Street for a disturbance call. The victim told police that her boyfriend of two years had choked her after an altercation that the couple had. 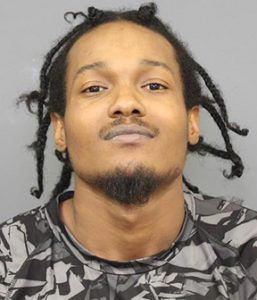 The victim’s sister told police that she had witnessed Fleming assault the victim. According to the police report, there were no markings on the victim’s neck.

Fleming was represented by defense attorney Scott Sanford who asked for LaSata to clarify whether his client could do his time directly in the program. LaSata and Jerry Vigansky, the assistant prosecuting attorney for Berrien County, said to their knowledge this is how the program works.

When it was his turn to speak, Fleming told LaSata that he regretted his actions that day.

“I apologize,” Fleming said. “I am sorry for conjuring all this mischief. I love my family and wish I could take it back and do better.”

LaSata criticized Fleming for not taking more initiative in his life.

“Are you going to get a job and do something with your life or just keep committing crimes?” LaSata said.

LaSata said Fleming would be the first he ever sentenced to the TRI-CAP program. He described it as “a prison-like facility,” that offers the opportunity for self-improvement. The nonprofit program, which keeps those enrolled under 24-hour supervision, offers boarding, work release, transportation and a variety of vocational and educational training.

“I am hoping you can better yourself,” LaSata said. “If you wash out of this program, I am going to send you to prison, because I think your record will justify sentencing that.”