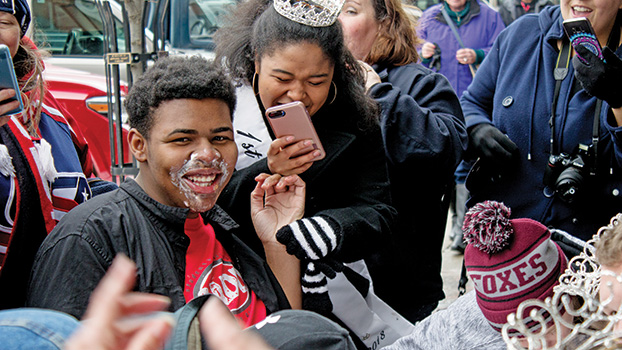 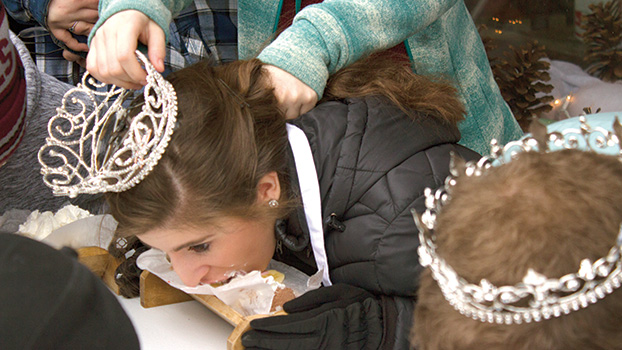 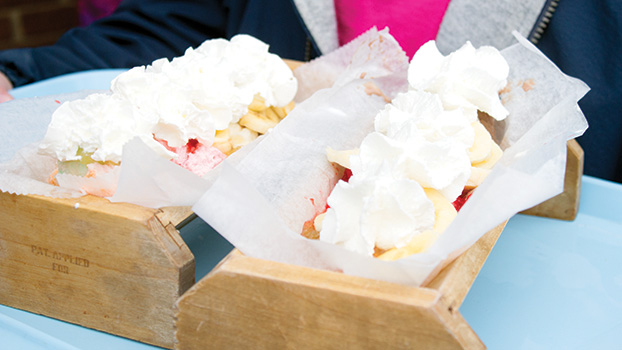 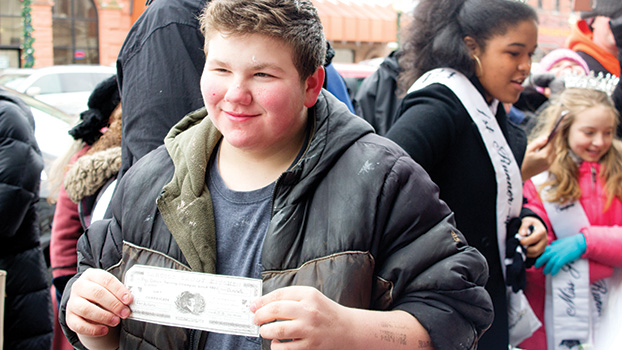 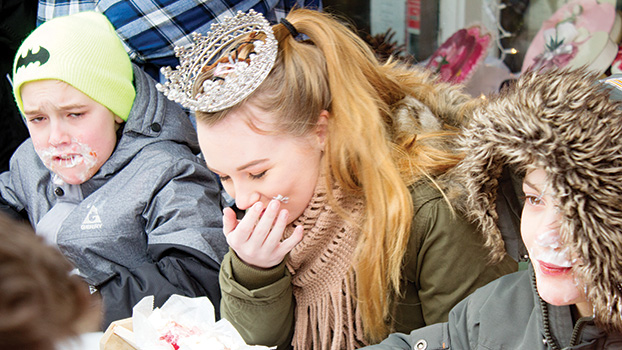 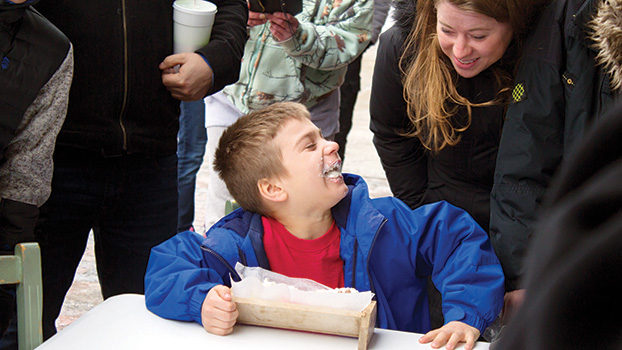 There was just one catch — they had to eat their frozen treat without a spoon, or hands, and had enjoy it outside in the below-freezing weather.

The Front Street candy store hosted its annual ice cream eating contest in conjunction with the city’s winter festival that afternoon. More than a dozen people — including members of the Miss Heart of Blossomtime and Miss Cassopolis courts — joined in the competition, where they raced to be the first to scarf down a three-scoop banana sundae using only their mouths to eat it.

Winners received a gift certificate to the store.

• Hunter Mather, 8 and under