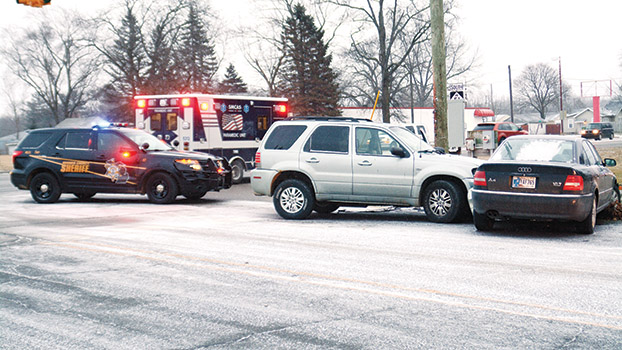 NILES — A Benton Harbor teenager was arrested Thursday after a shoplifting incident escalated into a slew of other crimes, according to the Berrien County Sheriff’s Department.

Police were dispatched to Walmart on South 11th Street in Niles Township after the store reported a retail fraud in progress. A female subject, later identified as Da Sha Thompson, was running in the parking lot evading Walmart loss prevention officers when sheriff’s deputies arrived.

Thompson entered a 2006 Mercury Mariner and began to drive away, when it struck two parked, unoccupied vehicles in the parking lot, prior to proceeding southbound onto South 11th Street.

The deputy activated emergency lights and a siren on the squad car and began to pursue the Thompson, who weaved in and out of traffic at a high rate of speed.

Thompson then attempted a right turn onto Ontario Road, when her vehicle struck an Audi, occupied by two South Bend men, a 23-year-old and a 37-year-old.

After hitting the Audi, Thompson exited the Mercury Mariner and surrendered to the officer.

Thompson was arrested on charges of retail fraud in the second degree, reckless driving, and third degree fleeing and eluding a police officer.

No one was injured in the accidents resulting from the chase.