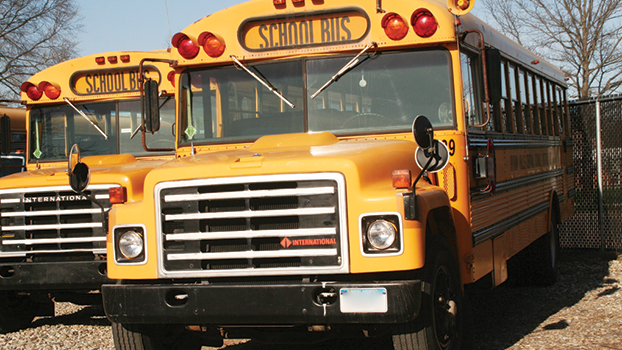 EDWARDSBURG — The days of children standing outside in the snow, waiting while their school bus is running late are over, according to Edwardsburg Public School officials.

The Edwardsburg Public School district recently partnered with the Here Comes the Bus app, a bus tracking app which can send parents emails or push notifications about the real-time location of their child’s bus via GPS technology. The app is widely used across the country, with 210 school districts partnering with the app since it launched in 2015.

Thanks to the partnership with EPS, the app is free for all EPS parents to download and use.

“It’s a great and useful product,” said Transportation Supervisor Chris Neff. “We have already begun to see its benefits.”

Neff said the district decided to implement the Here Comes the Bus app at Edwardsburg Public Schools after parents began to requesting a way to know where their child’s bus was, in addition to a suggestion by Superintendent Sherm Ostrander. Now with the app, parents can know when their child’s bus, and only their child’s bus, is within five minutes of arriving.

“A lot of times, if there is a delay in the bus or something in the weather, parents don’t want to send their kid outside to stand in the cold for 10 minutes,” Neff said. “[Here Comes the Bus] will help with that tremendously.”

Chief Financial Officer Ann Flautt said that the app is secure, with all information on the app being encrypted. In addition, in order to sign up for an account with the app, one must have specific information about their child.

“Only the parent, or people with that access, can see their child’s bus and their child’s information,” Flautt said. “Not anyone else in the public can just download the app and see our busses.”

Both Neff and Flautt said that the app is just as valuable to the school district as it is to the parents.

“With the app, Chris [Neff] and her team in transportation can see all the busses at once and have an aerial map that shows where every single bus is,” Flautt said. “That is very, very valuable to the district, A, for knowledge and, B, for safety.”

Neff added that the GPS information that the app gives her allows her to answer parent questions about where a bus is by looking at the app, rather than distracting a bus driver through radio communication.

This value to both parents and the school district is what makes the app worth the $1,188 per month investment, Flautt said.

“I think this will be useful to our parents, our district, our transportation department and our bus drivers,” Flautt said.

The Here Comes the Bus app is available through the App Store or Google Play. A step-by-step guide of how to sign up is available at edwardsburgpublicschools.org.

NILES —  When business owner Bryan Williams, 42, opens the doors to his brew pub, Voyageurs, those looking to escape... read more