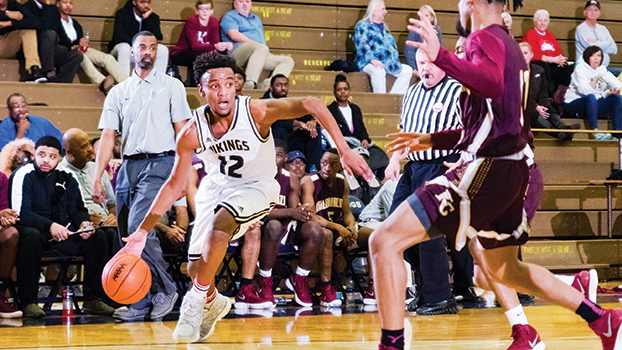 BATTLE CREEK — Visiting Niles faced another off shooting night as the Vikings went 3-of-22 from 3-point range in a 43-38 SMAC non-divisional boys basketball loss to Battle Creek Central Tuesday night.

“We did so many things right tonight — rebounded, shared the ball and had a ton of wide-open threes by the right people,” Niles coach Todd Pawielski said. “Ultimately, we were undone by a few poor defensive possessions where we didn’t front the post or take one more step to stop dribble penetration. I’m disappointed in the outcome and for our kids, but pleased with the progress we continue to make to be a better basketball team.”

The game remained close as the Bearcats took a 31-28 lead into the final quarter.

Robert Brown led Niles with 12 points, 10 rebounds and four assists, while Chad Barton and Austin Brookins both chipped in with seven points.

NILES — The Niles girls and boys basketball teams were swept by Battle Creek Central in home and away games Tuesday night.

The Vikings dropped a 50-42 decision to the Bearcats in a home SMAC non-divisional girls basketball game.

DOWAGIAC — The Edwardsburg wrestling team will head into the Wolverine Conference tournament it is hosting Saturday with a perfect... read more