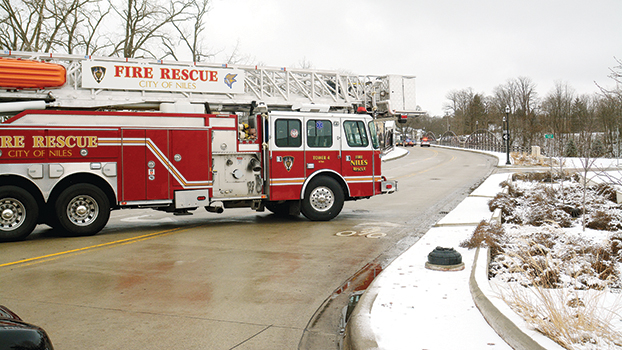 Bridge shuts down after false alarm

The squad’s services were not needed, however, after Niles Police determined that the package only contained oxygen bottles.

A driver had reported the crate to Niles police at about 12:42 p.m. Police closed down the bridge and locked down the area to investigate.

About 15 minutes after the investigation began, a driver returned to the scene, and explained to police that they had lost a six-pack of oxygen bottles out of the back of their trunk while crossing the bridge.

Swanson said that after confirming the driver’s story, police contacted the bomb squad to tell them they were not needed at the scene. The bridge was reopened about 15 minutes later.

Police believe that, after the crate fell out of the car, another passerby had moved it onto the sidewalk to get it out of the street, Swanson said.

“You have to treat it that way when you find something on a bridge,” he said.

Spaniels to perform at local schools for Black History Month

NILES — Eighty-three-year old Billy Shelton has seen a lot in his days as a performer with the R&B American... read more