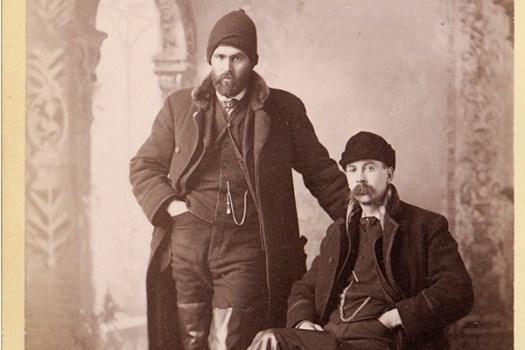 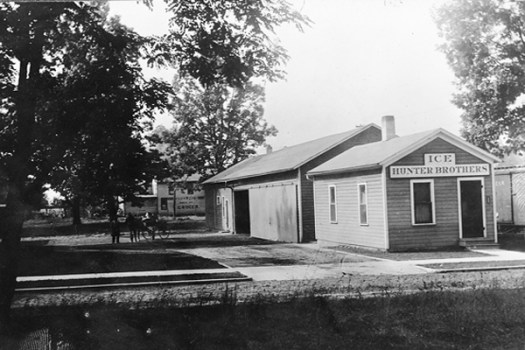 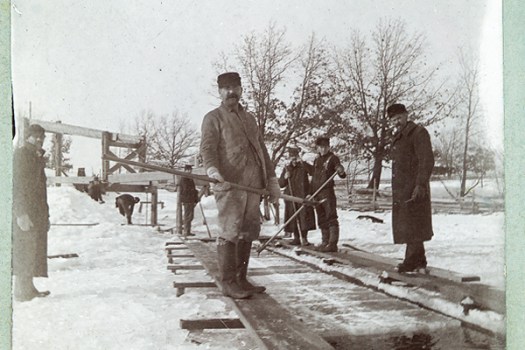 NILES — Since 2004, the City of Niles has hosted the Hunter Ice Festival to celebrate winter and pay homage to a local industry which arose from the area’s abundance of pure ice and snow. From 1898-1924, the Hunter Brothers Ice Company found success in harvesting ice from Barron Lake.

Before the days of artificial ice production, people took advantage of natural resources to preserve food.  Homes were outfitted with an icebox, which held a large block of ice delivered by an ice man, first by horsedrawn wagons and later by truck. Cool air from the ice block would circulate throughout the ice box to keep food cool.

Beyond home use, the ice industry saw massive growth at the end of the 19th Century, with rising demand for fresh dairy, produce and meat which were transported over great distances. The Hunter Brothers responded to this demand and mobilized to supply ice to a large regional area.

Henry and Lemont Hunter moved from Eau Claire, Wisconsin to Niles in 1898. They purchased 22 acres of land near Barron Lake in Howard Township and founded the Hunter Brothers Ice Company, the first documented commercial ice harvesting business in Michigan as well as the first industry in Howard Township. Natural spring water feeds Barron Lake, creating pure, clean ice as compared with ice operations on the East Coast with water often contaminated with sewage or industrial runoff.

Harvesting ice was no easy task.

To begin, ice on the lake needed to be at least 9 inches thick. A marker plow was used to cut a shallow groove in the ice. Cutting plows then scored the ice to about half of its thickness. The ice was formed into “cakes” typically 22 by 22 inches and weighing 200 lbs. Next, sections of the scored ice, referred to as floats, were cut free and moved toward the ice house.

Once the ice blocks reached the shore, men separated the cakes and fed them into a channel toward a conveyor, which lifted ice out of the water and into the ice house. The blocks were then covered with hay to provide insulation and to keep them from melting during the summer.

The Michigan Central Railroad was a major consumer of Hunter Brothers ice, with tracks located near the ice houses. MCRR used ice to keep food fresh in the dining cars and to refrigerate the agricultural products being transported to other cities and towns.

As artificial refrigeration was replacing ice boxes, the company found ways to innovate, producing dairy products such as butter and ice cream. In 1914, the name was changed to the Hunter Ice and Ice Cream Company.

The Hunters prided themselves in using local sources for all products. Cream for their ice cream and butter came from dairy farms in the neighboring towns of Buchanan and Goshen. Advertisements for the ice cream proclaimed “Every Bite a Delight.”

In 1919, the first of the Hunter Brothers’ two ice houses burned down. That same year, the company built a freezing plant at Hickory and Ninth streets, where they produced 25 tons of artificial ice daily.  In 1924, the Hunter Ice and Ice Cream Company was sold to Consumer Ice Company in Jackson, Michigan. A year later, the second ice house on Barron Lake suffered a devastating fire.

With ice harvesting waning, companies were replacing these old-fashioned ice houses with freezing plants. In 1926, the Federal Ice Refrigeration Company of Cleveland built a mechanical freezing plant near the railroad classification yards. While this company saw moderate success, they were ultimately unable to keep up with the summer demands for refrigerating agricultural yields as they traveled to different cities around the country. The company slowed in business and eventually closed in the early 1960s. However, this freezing plant still stands as a reminder of this past industry.

With the passing of the last Hunter daughter, Irma, the Hunter Foundation was formed, cementing the company’s legacy here.

This year, Niles will celebrate its 14th annual Hunter Ice Festival. One highlight of the festival includes ice cream for sale based on a Hunter Brothers’ original recipe.

The Fort St. Joseph Museum will be open on Saturday from 10 a.m. to 3 p.m. with a display of historical photographs, equipment and an Ice House model. 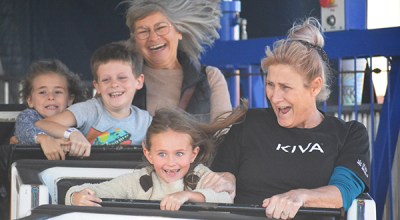 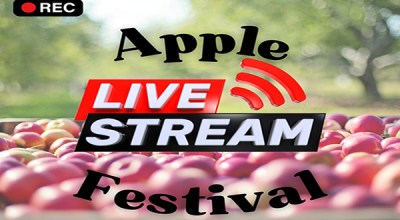