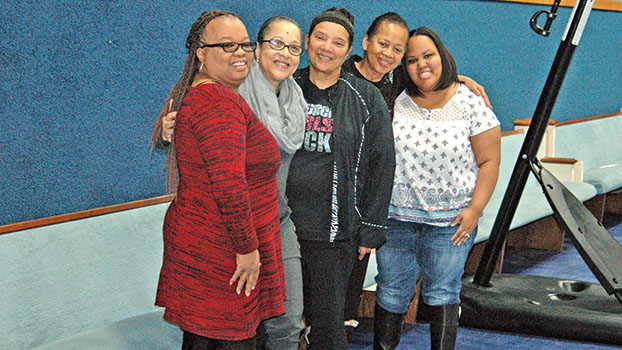 CASSOPOLIS — On Jan. 10, one year after their first meeting, the women of League for Encouraging Empowerment gathered around a plastic table in the blue lobby of the Church of Cassopolis to reminisce.

“I really can’t believe it’s been a year,” said member Carmen Peake. “We are still getting our feet and getting off the ground.”

Programs the organization would like to facilitate include boys and girls mentoring programs, college prep programs, support groups for single mothers and cultural education programs.

Kelly specifically said she wanted to help bring LEE to life due to her years of service in the Cassopolis School District.

“I’ve always had a soft spot for the knuckle heads,” she said. “I’ve always wanted to reach out to the kids that probably didn’t take as much advantage of school as much as they should or could. I wanted to reach out to those kids to keep them on the straight and narrow and make sure they were successful. I did that when I worked, and now that I’m retired, I want to keep doing that, and thought [LEE] was perfect.”

All the women involved with LEE have lived in Cassopolis and known each other for years. Because they each have long been involved in community projects, they decided to team together to create LEE in order to concentrate their efforts.

“We’ve all been raised and born here and seen the struggles and fought the struggles,” Gillam said. “This is our home. … We want to do what we can to make it better. Working together we can do more.”

The group’s community ties go even further than the individual members. LEE was inspired by and named after Dan Lee, who died in 2011. Lee was the recreation director of Cassopolis Public Schools. In this position, he ran summer youth programs, some of them at Clisbee Park. He also founded the Cassopolis Community Association to mentor and tutor at-risk youth and started the Cassopolis Rocket Football program, as well as the youth basketball program. In the summer of 2017, Clisbee Park renamed its basketball courts in Lee’s honor.

Lee was related to Peake, Brown and Lawson, and was a close personal friend of LEE’s other members.

“Dan Lee always worked with the children, and I was involved with that, many years ago,” Patton said. “Here [with LEE] we have a community to build on what he did, to make the community stronger and guide the children in Cass County.”

The women said they will be taking 2018 to establish LEE’s presence in the community and become a registered nonprofit organization.

Ultimately, the women said they would like to become a community resource, with a community center, where they could help people with everything from schooling to finding employment.

“We are just starting out right now with the children in Cassopolis, but we want to branch out to others and other areas,” Peake said. “We have big ideas and really believe that we can be an asset to this community.”

EDWARDSBURG — The Edwardsburg community has pulled together to support an Edwardsburg High School student. On Dec. 13, EHS student... read more