The Christmas season brings many things: generosity, emphasis on home and family, maybe a visit to church, and an awareness that there may be more to life than the grind we have given ourselves to.

There were many dynamics in the first Christmas. Two people, Joseph and Mary, made enormous personal sacrifices to surrender to being part of God’s plan of bringing salvation to the world. There was the joy and wonder of those shepherds who were witnesses to this grand event.

These shepherds were chosen out of many people to share in a heavenly declaration and in an earthly miracle. Wise men, who were the intellectually elite of their day, were drawn in by an inexplicable “star” that did not stay in its expected orbit. These wise men went on a journey much like Abraham did, not knowing where they were going, but following the leadership of God.

All of those things resonate with us — surrender, participation in something bigger than we are, and satisfaction that a journey ended in the right place with good results. That is the spirit that should continue.

There was another spirit present that first Christmas; it was the spirit of King Herod. King Herod was a sitting king who heard about the coming of this new king, Jesus. Herod did not bow in wonder or worship; he thought his lifestyle was being threatened.

Even though he sought counsel from the religious leaders of his day, to nail down the timing and location of the coming of this promised king, they missed the true significance as much as Herod did.

Herod’s insecurity and godlessness led him to attempt to destroy Jesus rather than accept His coming as fact. Herod came to a bad end, but only after he wreaked destruction over an entire community. Almighty God sustained the life of Jesus and continued His irrevocable plan to rescue all people from themselves and the curse of sin.

Here are our choices: we can seek to crush any increased sensitivity to the work of God in us and around us, or we can embrace it as Joseph, Mary, the shepherds, and wise men did.

Recognize that the spirit of Christmas is not just tinsel, lights, and cookies; there is something divine and sacred going on. 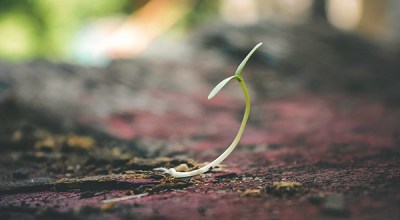