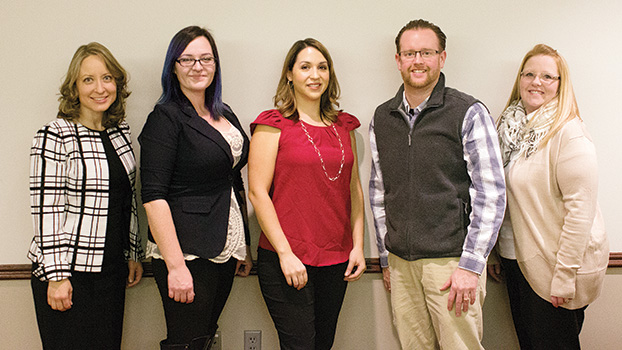 New economic development board to begin meeting next month

DOWAGIAC — A group of local leaders and professionals will soon get down to business in hopes of creating new economic growth and development in Dowagiac.

During their meeting Monday evening at city hall, members of the Dowagiac City Council approved the appointment of four Dowagiac residents to serve on the city’s recently created economic development and opportunity board. The quartet will serve alongside 1st Ward Councilman Patrick Bakeman on the committee, which is scheduled to begin meeting next month, Bakeman said.

The four new board members include:

• Sarah Mathews, an attorney who currently works at the Cass County Friend of the Court office

• Kelly Ariel, a residential appraiser with the Appraisal One Company and a real estate agent with Gale Realty LLC, both of Paw Paw

The five-person economic development and opportunity board was created by the city council on Nov. 27, at the request of Bakeman, who joined the council after he defeated longtime 1st Ward council member Lori Hunt during the city elections Nov. 7.

The Dowagiac native and owner of downtown’s Bakeman Barbers said that he suggested the idea of creating a new economic board due to the feedback he received from others in the community, who thought Dowagiac could do more to attract new businesses. The councilman said he is also concerned about the number of local businesses that are having troubles finding employees to fill vacancies within their ranks.

“Our goal is to connect businesses with Dowagiac, and Dowagiac with businesses,” Bakeman said.

After the rest of the council signed off on the board, Bakeman set out to recruit potential members of the board, with the goal of finding dedicated people who are new to city government.

“[The four new members] are all professionals with deep connections to the community,” Bakeman said. “All of us have different personalities and backgrounds, but I think having a group with differing mindsets working toward the same goal is a good thing to have.”

With a team now in place, Bakeman said the board’s first task will be to survey the needs and interests of Dowagiac’s residents and businesses, to find out data such as what the city’s strengths are and what types of establishments the community is missing. For example, Bakeman said that he would be interested in seeing Dowagiac attract more businesses focused teaching children the fine arts, such as playing the piano.

Once the board members determine what residents and business owners are looking for, they will begin looking at ways to help fulfill those aspirations. If nothing else, Bakeman said the board will help promote Dowagiac’s standing among other communities in the area.

“A lot of people refer to Dowagiac as a small town, but we are a city — the largest community in Cass County,” he said. “I think that is something we can hang our hat on.”

The committee is scheduled to begin meeting at 7 p.m. the first Monday of the month at city hall.

NILES — A South Bend man involved with making methamphetamine will serve prison time for the crime, after he was... read more