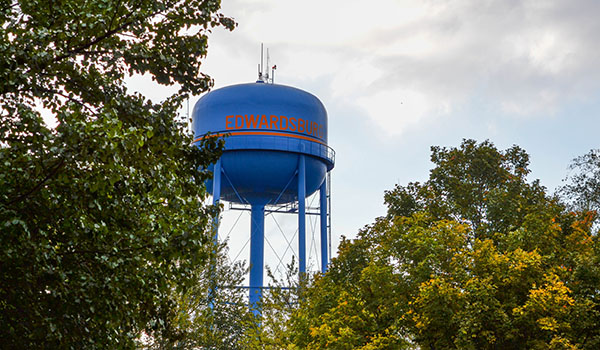 EDWARDSBURG — Now that 2017 is firmly rooted in the past, Edwardsburg and Ontwa Township officials have set their sights toward 2018.

“Right now, we are getting everything in place and looking toward the future,” said Ontwa Township Board of Trustees Supervisor Jerry Marchetti. “Nothing comes to mind that will be above and beyond [in 2018], at least not at this time.”

One thing Marchetti could say will be in Edwardsburg’s future will be tax millages. Specifically, he said that the board of trustees is looking to place a few millages to support the Edwardsburg Ambulance on the ballot for November’s election. Though the election is nearly a year away, Marchetti said the board is already seeking information on the millages.

Additionally, Cass County commissioners will run for reelection in November, which has the potential to affect Edwardsburg, as well, Marchetti said.

Going into 2018, leadership from the village and the township will take with them the lessons they learned in 2017, Marchetti said.

As last year was Marchetti’s first as township supervisor, he said he withstood many challenges and successes in 2017 that will help guide him in the new year.

One of the biggest issues that Marchetti oversaw in 2017 was the pier permitting process in the township. In 2016, the board voted to not allow piers on road ends, but in 2017 the board reversed that decision, saying they would allow piers on road ends following rules and guidelines set forth by the state of Michigan. The issue caused a lot of controversy in the village and township that Marchetti and the board of trustees had to mitigate.

Overseeing the issue taught Marchetti to appreciate the need for order and following guidelines and deadlines, he said.

The year 2017 has left Ontwa Township and the Village of Edwardsburg in a good place to begin 2018, as the township is currently in a good place financially and the police, fire, ambulance and wastewater departments are performing well.

“That all is so important,” Marchetti said. “Making sure the budget is where it needs to be is important, and we are where we need to be right now.”

Though village and township officials are still making their plans for 2018, Marchetti said that residents will have plenty to be excited about in 2018.

“We are in an information period right now,” Marchetti said. “People can always come to our meetings to find out what is going on.”

CASSOPOLIS — With 2017 now but a reflection in the rearview mirror, Cassopolis officials are looking toward to creating success... read more