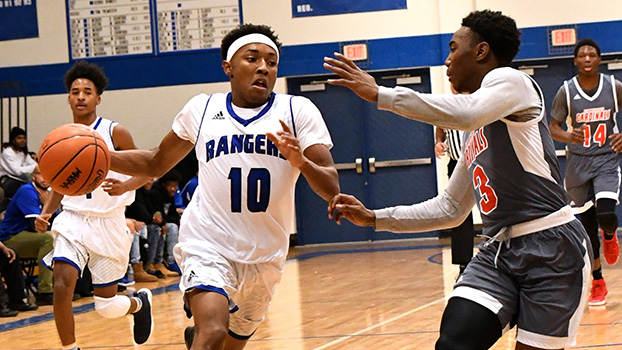 Sophomore Walter Lee and Gatson combined for 12 of Cassopolis’ 19 fourth-quarter points to keep the Rangers undefeated.

Cassopolis is back in action Thursday as it hosts Marcellus for another Southwest 10 Conference contest. The boys’ game is scheduled to tipoff at approximately 7:30 p.m. following the girls game between the Rangers and the Wildcats, which starts at 6 p.m.

The Rangers opened the season with a 57-46 victory over visiting Bloomingdale last Friday night.

Leading just 17-15 at halftime against the Cardinals, Cassopolis scored 20 points in both the third and fourth quarters to earn its first win of the season.

Sophomore Lee scored a team-high 21 points for the Rangers, who also got 10 points from Anderson and nine points from Smith. Gatson finished with eight points.

The Rangers are back in action Thursday night as they host Marcellus as the second game of a girl-boy doubleheader at Ross Beatty Jr.-Sr. High School.

EAU CLAIRE — Visiting Cassopolis picked up its first win of the season and snapped a three-game losing streak with a 58-16 victory over Eau Claire Tuesday night.

The Rangers (1-3) raced out to a 14-2 first-quarter lead and never looked back against the Beavers, who were shutout in the fourth quarter.

Kiersten Hartsell adeed seven points for the Rangers, who host Marcellus in the first game of a Southwest 10 Conference doubleheader Thursday night.

Cassopolis was defeated by visiting Bloomingdale last Friday 58-49 in another Southwest 10 contest.

The Cardinals trailed the Rangers 38-31 heading into the fourth quarter, but outscored Cassopolis 28-11 to rally for the victory.

Gibson led the Rangers with a game-high 20 points, while Gary added 10 points and Hartsell five.