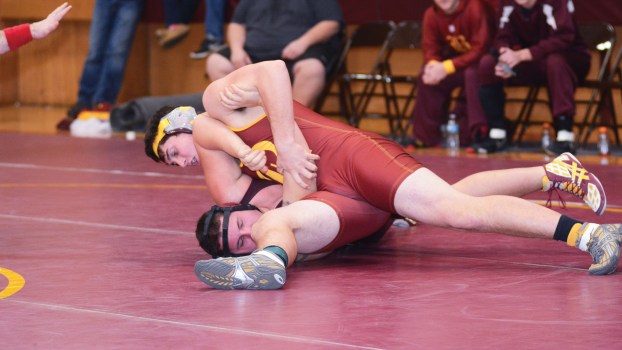 The Brandywine wrestling team will compete at Caro on Saturday. Complete information about the tournament will appear later this week in the Daily Star. (Leader photo/File)

MISHAWAKA — Niles and Edwardsburg will compete in the Henry Wilk Classic, better known as the Penn Super Duals, on Saturday.

Wrestling at the team format tournament is scheduled to begin at 9 a.m.

Niles will wrestle Culver in the opening round, while Edwardsburg will face Valparaiso.

In the second round, Penn will face Niles, and Edwardsburg will take on Zionsville.

The Vikings and Huntington North will square off in the third round, while the Eddies will take on Warren Central.

The final round will pit Niles against Zionsville, and Edwardsburg against Columbia City.

Admission is $8 per person.

Wrestling is scheduled to begin in the individual tournament format at 9:30 a.m.

Admission is $5 per person, and concessions will be available throughout the day.

I have never witnessed such a rash of injuries to the National Football League’s top players. Sure, guys get banged up... read more