Dowagiac looking for answers after another loss 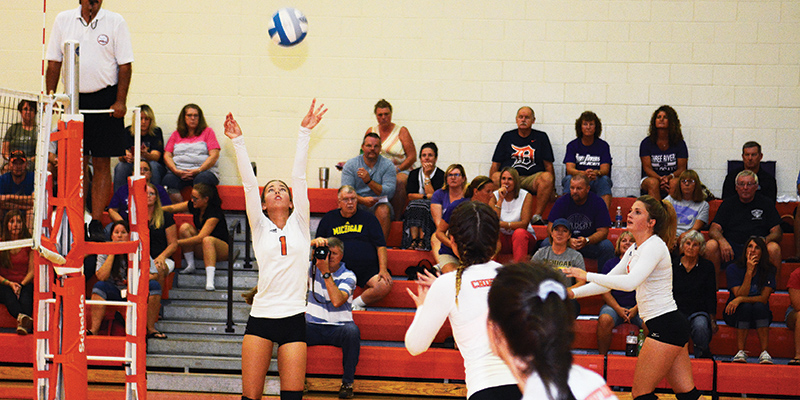 After getting off to a good start by winning the Cass Classic, the Dowagiac volleyball team has fallen upon hard times.

The Chieftains have since lost to Cassopolis 3-0 in a rematch of the tournament championship game last Monday and then dropped its Wolverine Conference opener to Three Rivers 3-0 Wednesday night.

A variety of issues have plagued the team since its opening weekend, including communication and the loss of players.

Gone before the season even started was Amiyah Smith, who decided to switch to cross country.

Zeider feels that her team does all the right things in practice and shows a lot of confidence, but when it comes to playing actual matches, the team loses that confidence.

“I do not even know what it is,” she said. “There are two parts to this story. In practice they are all confident and ready to go. They all want the ball. But in a game, when their is pressure, they have the confidence, but they do not show it.

“It really shows when it comes to the game where they do not run fast enough and they do not hit hard enough. That is something that we definitely we need to work on.”

In its last two matches, the Chieftains have been unable to get any type of sustained rally going, which would help it build momentum and confidence.

“At the beginning of the match was beautiful. They were scrappy and they were talking. We had a few rallies back and forth with Three Rivers and they did a great job. However, when one bad thing happened it got into their heads and they lost that confidence.”