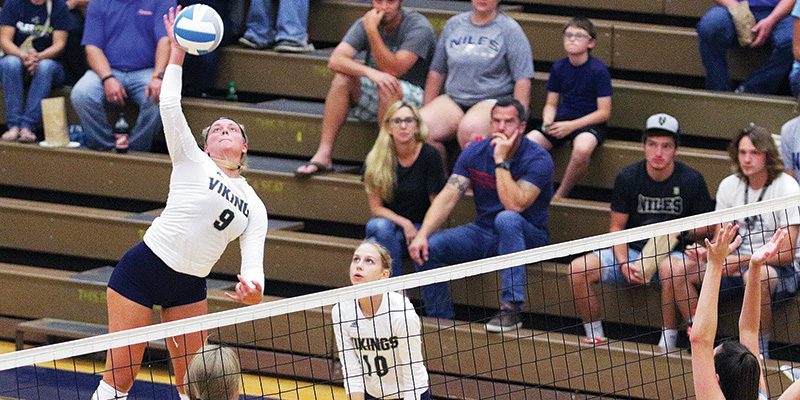 The Indians would take the first set by the score of 25-14 before the Vikings would battle back to take the second set 25-19.

“I think they were the best passing team we’ve faced this season,” Niles coach Jenny Nate said. “Their libero was definitely a threat but we did a much better job in the second set of moving the ball away from her, and mixing up where we were hitting the ball.”

The third set was a battle down to the end with the Indians taking it 25-22.

“There were a few balls that we pulled off,” Nate said. “Against a team like that you can’t afford to pull off, and you have to be 100 percent aggressive all the time.”

Niles (8-3) will host Gull Lake on Wednesday in what should be a competitive conference match.

“Gull Lake is going to be another tough match,” Nate said. “Tomorrow we definitely need to work on cleaning up some things from tonight and keep going hard.”