To raise money to replace the Niles High School stage, the Niles Education Foundation is asking residents to bust out their legwarmers and hairspray for an 1980s themed murder mystery from 6 to 9 p.m. Wednesday, Sept. 13, at Front Street Pizza Pub, 510 N. Front St.

Audience members are encouraged to dress in ‘80s fashion and will have the opportunity to get involved.

Although the rest of Niles High School is getting an update with bond construction, the stage, which has not been replaced since 1956, is not included in the budget, and would cost the school thousands of dollars to replace.

With so many fundraisers going on, Muñoz said the group wanted to put on something out of the ordinary.

“[We said] what could we do that could appeal to everybody that was more affordable for younger people and younger families?” Muñoz said. “There are a lot of other fundraisers to compete with, but nobody else is doing something else like this.”

Muñoz said the group was excited to lock down a performance from the renowned Murder Mystery Company, which  has done performances for a number of celebrities, including popstar Fergie.

The company offers a multitude of themes for those interested in throwing a murder mystery party to choose from. Muñoz said that the ‘80s theme was a draw.

During the “Totally ‘80s, Totally Murder” themed event, participants will follow the life of fictional rocker Poison Ratenstein who is on tour, when a murder occurs. Participants will work alongside “detectives” to discover who the murderer is at a “killer concert” and save Ratensein’s fan.

The company is comprised of professional improvisational actors, who will interact with the audience and give them a chance to help solve the crime.

Muñoz said they are hoping to sell out and to make the murder mystery party an annual event, earmarked for funds to replace the stage. She encouraged the community to get involved.

“I think people want to give money. It is just our generation. We want to go to an event and have a good time,” Muñoz said. “The bottom line is the money is going to a good cause and we are going to have fun doing it.”

Tickets cost $50 per person. There will be a pizza bar and cash bar available.

Those interested are advised to reserve a ticket by calling Muñoz at (574) 850-1141. A limited number of spots are available. 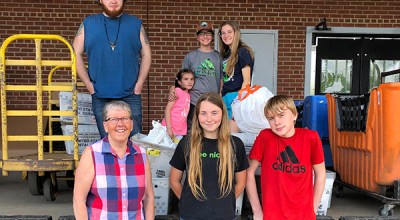 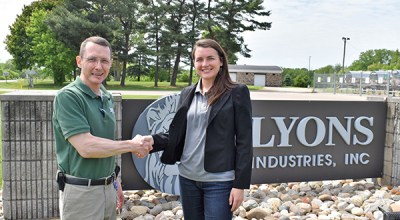