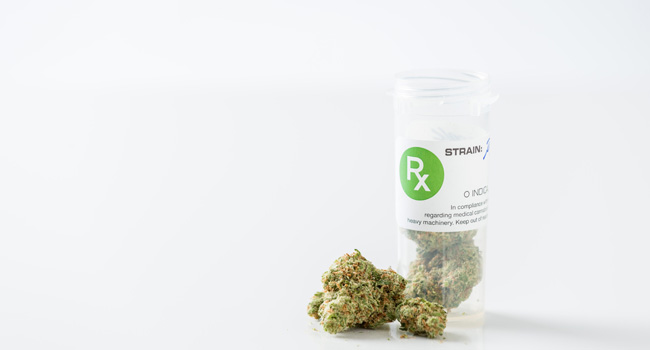 Djuan Knox, of New Buffalo, is no stranger to running a medical marijuana business.

Knox, a native of Michigan City, Indiana, has been living in California, and operated a medical marijuana facility out west.

“We’ve [Knox and his business partner Thomas Wright Sr.] been doing the medical stuff in California for quite a few years now,” he said. “Given we’re from the Michigan City and New Buffalo area originally, we decided it might be better to come home.”

With recent legislation in Michigan allowing residents to apply for licenses to sell medical marijuana, the entrepreneurial spirit grabbed Knox, and he saw an opportunity to help people and make money at the same time.

“People are starting to come around to the fact that this really does help people,” he said. “Our grower is working with a cancer patient in the Berrien County area. When your kid cannot eat, cannot even put their clothes on, you’ll do anything to ease that pain.”

To start his business, Knox knows that he and his partners are going to have a long haul. It will require personal investment, and he may not see returns like other businesses.

Knox is already looking at buildings to purchase in Niles and Buchanan, and is waiting for both cities to pass ordinances that will regulate where his medical marijuana businesses may be located.

“We’re putting up a lot of our own money right now, and we’re looking for investors to come on board,” he said. “We do not get deductions like the average business. A dispensary will pay out 80 to 90 percent [of its revenue] in taxes. A lot of people do not realize that before they get into this industry.”

The City of Buchanan introduced a 22-page draft of its proposed medical marijuana ordinance at the city council meeting on Monday, June 26, but a draft of proposed zoning is still in the works by the planning and zoning committee.

At planning and zoning committee meetings, board members have leaned toward only allowing provision centers in the cities C2 commercial zoning, which will exclude C3 downtown zoning, and will allow the rest of the facilities to be placed in industrial and agricultural zones. A draft of the zoning ordinance is expected to be placed before the Buchanan City Council in July.

To keep costs down, Knox plans to vertically integrate as much of his business as possible on the growing and distribution side of the medical marijuana business, which excludes him from having a license for a secured transportation facility or a testing facility.

Knox said he would like to see his planned dispensary be in a busy shopping district, but he is aware of the extra restrictions that will be placed on his business.

The current draft of the Buchanan ordinance designates that none of the facilities may be within 500 feet of a school — though discussion at the June 26 meeting suggested increasing that to 1,000 feet — and, additionally, provision centers may not be located within 500 feet of a church

“We have to take a lot more into account [than other businesses],” he said. “We have to be conscious for schools, for churches. These will fall into conflicts [with opening a dispensary].”

Part of the community

Despite the restrictions and narrow profit window, Knox’s greatest challenge will likely be overcoming public opinion and perception of his business, but he feels up to the challenge.

“We’re hoping for an opportunity to prove [to the public] that the people that think the wrong [negative] things about us are wrong [about us],” he said. “We want [naysayers] to realize that the stigma that comes with [medical marijuana in a town] is actually the exact opposite of what happens. We want to be compliant. We do not want to do things wrong. We want to be part of the community.”

Knox pointed out that by creating legitimate medical marijuana facilities, the safety of patients who use marijuana is increased.

“You are taking the marijuana out of the drug dealers’ hands,” he said. “You are putting it in a secured and licensed facility where it can be watched by the police and the state.”

Despite the challenges, Knox remains hopeful and encouraged about opening his business.

“We appreciate everyone’s friendliness about the issue [of medical marijuana],” he said. “We look forward to showing the doubters the good corporate citizens that we can be.”

CLOSER LOOK: Testing facility an example of a potential…