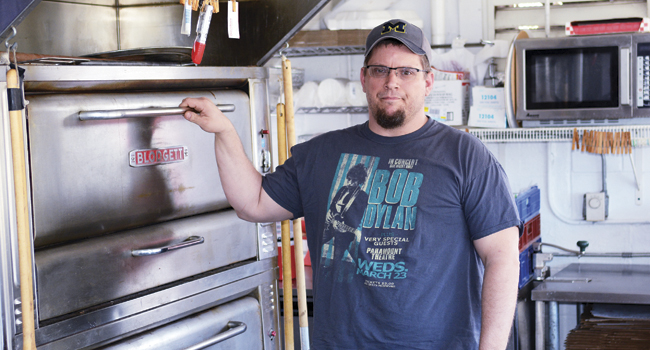 Former owners Lisa and Jim Rosema, who reopened the business across from Stone Lake in Cassopolis in 2014, announced they would be selling the business over the winter.

Edwardsburg native Michael Maurer and his family decided to purchase Marcello’s and completed the sale on St. Patrick’s Day.

In just over a month, the family installed some new equipment and did some remodeling in preparation for a “soft” opening that will feature a limited menu.

“The running joke is that the German-American bought an Italian pizzeria on St. Patrick’s Day,” Maurer said.

Maurer has worked 25 years in the restaurant business. He has worked in kitchens for 15 of those years and has worked every job in the business.

He has been an owner, general manager, sous chef, executive chef and kitchen manager.

Maurer plans to expand the menu and is hoping to offer dinner items in the near future.

“This is a partnership between my wife and I, my sister and brother-in-law,” Maurer said. “My sister came to me and said she wanted to do a restaurant. I have always been in the restaurant business so we started looking. Nothing seemed to fit right. A friend of mine saw a post that this place was for sale, and within a couple of weeks we had it lined up to buy it.”

Maurer has been working with original owners Fred and Ana Stein to bring back some of their original recipes. The menu will also feature items that he has created.

Maurer said he had no idea what to expect when the doors opened Wednesday afternoon. He said that there has been a lot of interest from the community once it was announced it would be reopening.

“Without Fred and Ana’s help we would not have the recipes,” he said. “My whole family has been here working hard to get everything cleaned, painted and ready to go.”

Maurer understands the pressure of reopening a business that has enjoyed decades of success.

“With my background, hopefully I can built on that,” he said. “My goal is to make it even better than it was before. We are going to offer delivery to better serve the customers.”

Maurer said that Marcello’s is currently looking to hire more workers, but it will be first and foremost a family business.